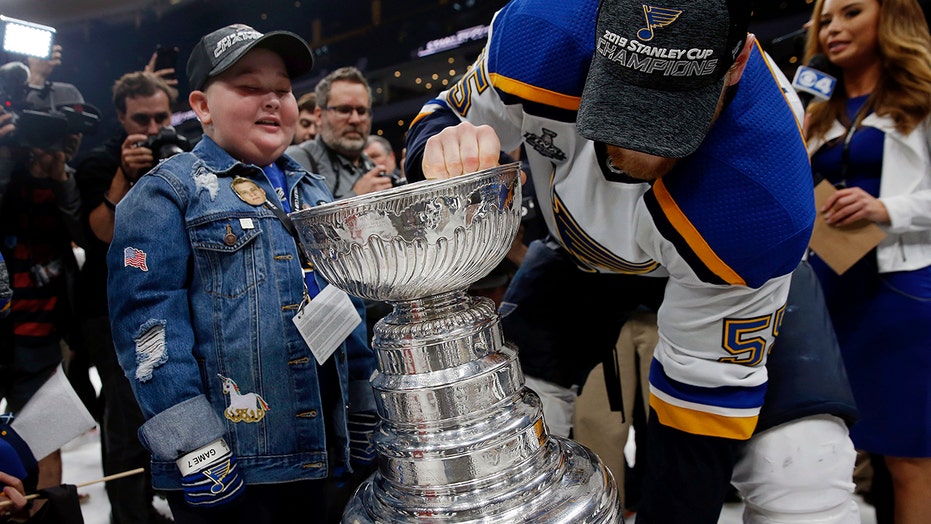 Laila, the 11-year-old who helped inspire the Blues to go on an amazing run to the Stanley Cup title while battling a rare autoimmune disease, was on hand at the Rose Garden to celebrate with her favorite team. Trump recognized how important the girl was and offered some kind words to hear as he made his remarks about the team.

“You inspired the Blues all season, and today you continue to inspire all Americans,” Trump said. “We all know your story.”

As the Blues celebrated their Stanley Cup championship on the ice in June, Laila was with the team all the way and even got to go onto the ice and kiss the Cup herself.

Earlier this month, Alexander Steen and Colton Parayko surprised Laila at her home and presented her with her own championship ring with her name inscribed on it.

“You know how much you mean to us, right, and what an inspiration you've been to so many people,” Steen said. “So me and Colton are here and representing our organization and everybody there, and we have something that we would like you to open right now.”

The Blues are currently working to successfully defend their title.