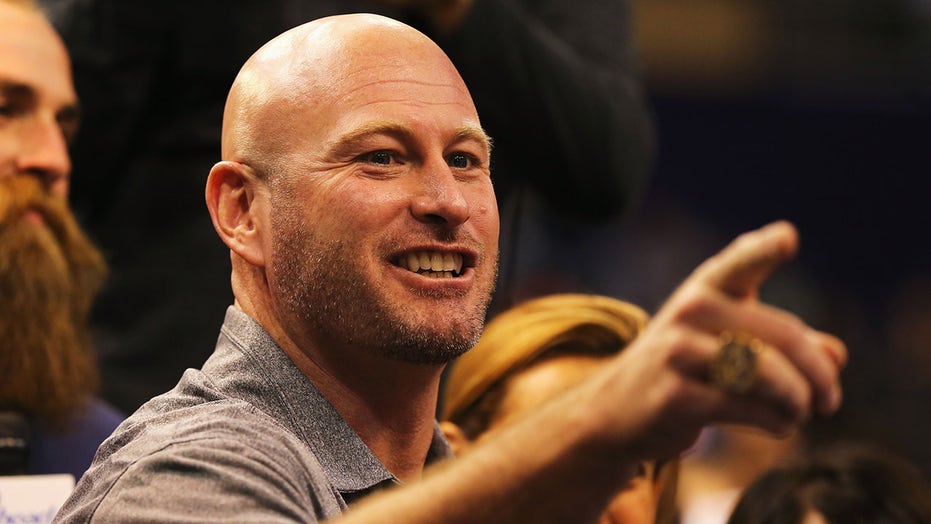 Super Bowl-winning quarterback Trent Dilfer, who played 14 years in the NFL and worked nine years as an analyst at ESPN, has had a lot of relationships and partnerships over his career, but none comes close to the one that he has with Panini America.

'THE TRADING CARD MARKET HAS BEEN ON FIRE,' PANINI AMERICA VP OF MARKETING SAYS

"We get this kid and their family and we coach them up on how to be a reporter," Dilfer told Fox News in a recent interview. "And we take them around Media Night. The first year it was kind of weird for people because they were like, ‘Why is Dilfer hanging out with some kid?’ Now it has kind of become this expected deal where we show up, and everybody moves out of the way because the other reporters want to hear the kid. It’s been a lot of fun because we’ve had these signature moments."

One of the signature moments came during Super Bowl LI's Opening Night, when 7-year-old Joseph Perez, the Panini America Super Bowl Kid Reporter, asked Tom Brady who his hero was, and the future Hall of Fame quarterback got choked up while answering the question.

“I had that boy on my shoulders that one year, and he wanted to ask Tom Brady a question," Dilfer recalled. "And the kid asks him who’s the most influential person in his life. And Tommy starts tearing up and starts talking about his dad and the impact that he’s had on his life. It’s these signature moments where these kids connect with these guys at the Super Bowl.”

ULTRA-RARE ZION WILLIAMSON ROOKIE CARD HAS BOUNTY OUT FOR $500G

Dilfer believes collecting cards is a great way for people to connect with their favorite players. Dilfer, who grew up in the Bay Area, said he grew up an Eric Dickerson fan, and his way of connecting with one of his favorite players was through trading cards.

“I’m still a 12-year-old at heart," Dilfer said. "I collected cards and I think it’s cool. They still send me a bunch of cards. It’s just fun channeling that inner 12-year-old again, and knowing that trading cards, especially as cool as Panini does them, really connects the kid to the player. I was an Eric Dickerson fan. And my friends were always getting mad at me because they were San Francisco 49ers fans. And I did like the Niners, but I loved Eric Dickerson. And I loved him because I had his rookie card when I was collecting cards with my buddies. It connected me to Eric Dickerson, and to this day, Eric and I are friends. I’ve told Eric that story.

Dilfer added: "And I think there’s a kid out there that has the Trent Dilfer rookie card, and even though I wasn’t that great, they connected to me and my career. And I’ve gotten letters, ‘You’re my favorite player’ and I write back, ‘Why? Why would I be your favorite player?’ And it’s because they got my rookie card with my big mullet when I was coming out of Fresno State, and they read and liked my bio. And that kid becomes connected to me, and then follows me through TV, and probably knows that I’m coaching high school football now.

“I just think it’s an amazing dynamic and impact that trading cards have to connect the fan with the player.”