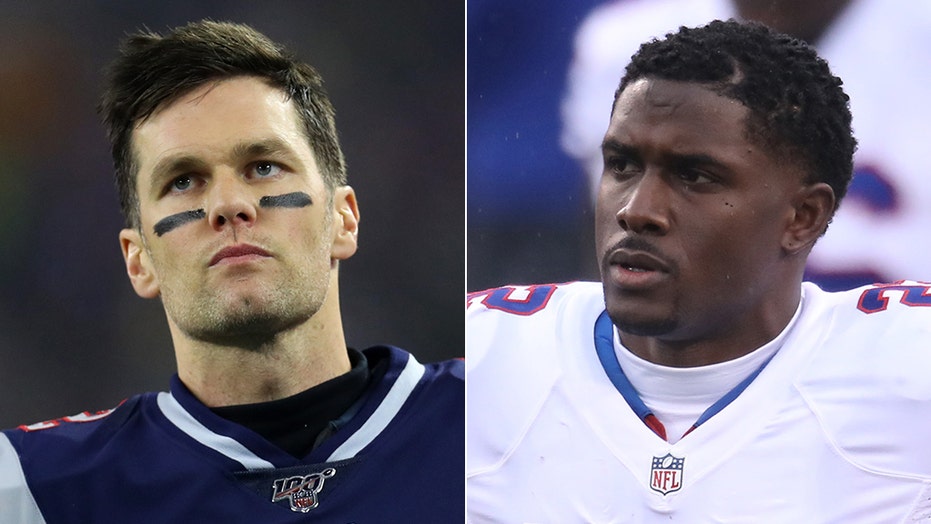 William Bryan Jr. is arrested on charges of felony murder for recording the deadly encounter in Georgia; Jonathan Serrie reports from Atlanta.

Tom Brady is getting more support for signing his name on a letter from the Players Coalition and other athletes and coaches to the Justice Department which called for a federal investigation into the shooting death of Ahmaud Arbery – a 25-year-old black man who was gunned down in Georgia while jogging.

Reggie Bush, a former NFL running back and current FOX Sports college football analyst, said in an interview with Playboy Magazine on Thursday that what the Tampa Bay Buccaneers quarterback did was “powerful.”

“That was a powerful move by Tom Brady. I don’t even know if he understands just how powerful it was, because we need more of our white superstars—celebrities, athletes, entertainers,” Bush said. “This is not just a black and brown problem. This is not just a minority problem. We are all literally in this together.

“So when Tom Brady signed that letter, it was so powerful to me, because to be honest with you, I’ve never seen him step into the limelight in that way. I’ve always seen Tom Brady the football player and the businessman and the marketing genius, but I’ve never seen Tom Brady step out as a person who’s just standing up for other people—and black people—in the community. That’s so powerful, because he has fans who are all shapes, sizes and colors. When we have somebody like Tom Brady, our biggest superstar in the NFL, step up to the plate, hopefully other leaders will see that. And other people from other sports and different genres will follow suit.”

Bush, who played for the New Orleans Saints for several seasons, said when he sees Brady at any of the games his former team and the Buccaneers play he is going to thank him.

“When I do see Tom Brady, the first thing I’m going to tell him is I appreciate him for stepping up and stepping out, because it’s not easy,” Bush told Playboy. “A lot of people think it’s easy just to sign your name to something, just because it’s the right thing to do. And maybe it’s the new way, for everybody to come and jump on a bandwagon, but it’s not easy when you have that kind of star power behind you. You’re putting a lot on the line. The first thing I’m going to tell him is “Man, awesome job. We appreciate you.”

Brady, New England Patriots wide receiver Julian Edelman and Golden State Warriors coach Steve Kerr were among the white athletes and coaches who signed the letter, which included 64 people in all.

Three white men have been arrested in the Feb. 23 shooting death of Arbery.