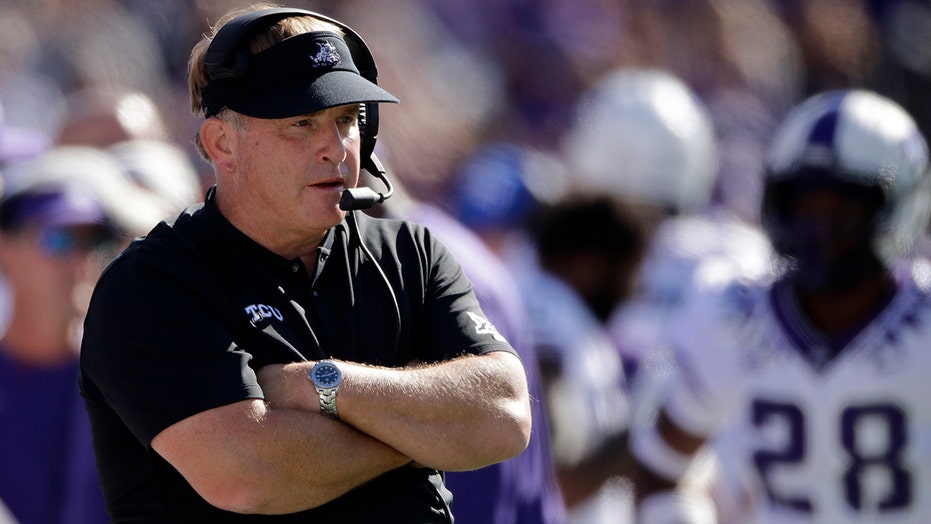 For some, sheltering at home during the coronavirus pandemic means making sourdough bread or seeing what TikTok is all about. But for TCU football coach Gary Patterson, it’s about turning his love for music into a side gig.

Patterson told reporters during a conference call on Tuesday he connected with an unnamed recording artist to make an album, according to ESPN.

“I've always wanted to be able to do it,” he said. “They've already been in the studio, they've already put it on tracks, and we're going forward. That's something that I never thought I'd get to do because I always stayed so busy.

“You might be really surprised when we get done with this. The guy that helped [rewrite] it, he put it in the modern age. If it hits No. 1, I'm gonna make all you guys all go out to some country place and you're all going to have to dance to it.”

SEC SMASHES NFL DRAFT RECORD WITH 15 SELECTIONS IN FIRST ROUND

Patterson, who has been with the Horned Frogs for two decades, said he’s written about 15 songs.

Patterson’s love for music dates back to as early as the seventh grade, when he was the lead singer and guitarist for a band named Walk On Easy, according to a 2009 New York Times profile.

In 2013, he played an unplugged session for the Fort Worth Star-Telegram.

Since becoming the Horned Frogs’ head coach, Patterson has a 172-70 record. His teams have finished the season in the Associated Press Top 10 six times.