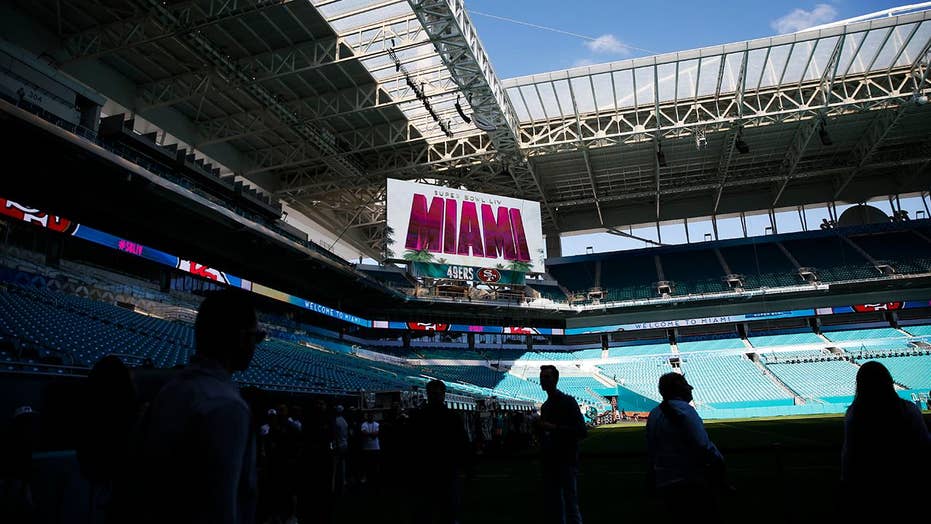 Crews work around the clock to make sure Hard Rock Stadium is ready for the big game between the Kansas City Chiefs and the San Francisco 49ers.

The Kansas City Chiefs arrived in Miami for Super Bowl LIV wearing Hawaiian shirts in homage to coach Andy Reid who has mostly sported the tropical attire when arriving in Florida or Hawaii for the Pro Bowl.

This time, Reid will get a second crack at a Super Bowl ring when the Chiefs play the San Francisco 49ers. Some players, including Patrick Mahomes and Travis Kelce, were wearing red and white floral outfits. Reid’s only appearance in a Super Bowl was during the 2004 season when he led the Philadelphia Eagles to the title game only to lose to the New England Patriots.

Once the Chiefs won the AFC Championship, NFL fans believed that Reid was a perfect fit for Miami.

“I've had a chance to look at them,” Reid said. “I spent the morning doing that. I know that they're a good, solid football team. They play hard and aggressive. You saw that last night in playing against a good Green Bay team. They do a variety of things on both sides of the ball. They can run it and they can pass it on the offensive side. On defense, they have a variety of things that they throw at you from a defensive standpoint. Solid on special teams. All in all, it's a good football team. Well-coached, very well-coached.”

The Chiefs and 49ers play for the title on Feb. 2.