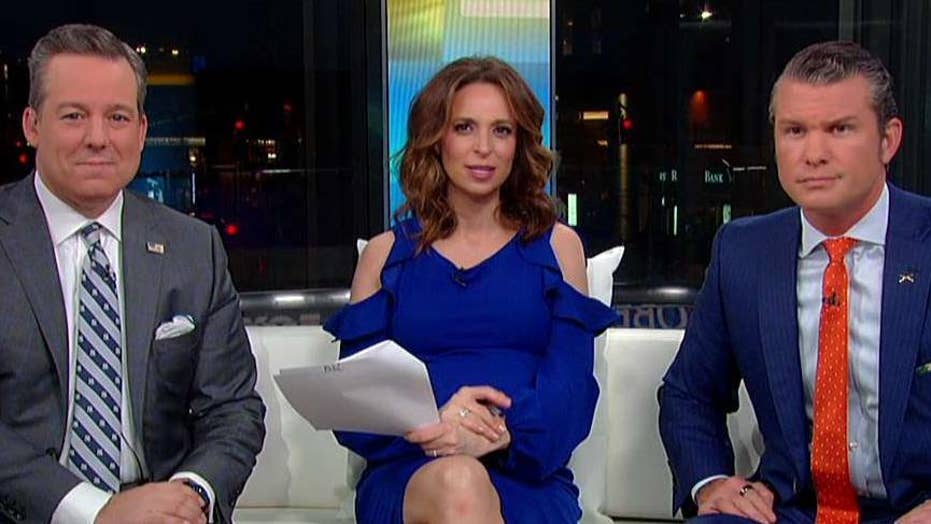 "One thing I've learned in my lifetime is to not believe our government when it comes to matters of war," he tweeted. "Johnson and Nixon lied about Viet Nam [sic]. Bush and Cheney lied about WMD's in Iraq. Now Pence is lying about Iran/Soleimani's supposed involvement in 9/11."

Kerr was referring to a tweet in which the vice president claimed that Soleimani "assisted in the clandestine travel to Afghanistan of 10 of the 12 terrorists who carried out the Sept. 11 terrorist attacks in the United States."

Kerr wasn't the only one to attack Pence over that claim. Others on Twitter took issue with his tweet.

In an email to Fox News, Pence spokeswoman Katie Waldman claimed that the Islamic Revolutionary Guard Corps (IRGC), under Soleimani's leadership, knowingly allowed 12 of the 9/11 hijackers to transit to Afghanistan.

Waldman also pointed to a government claim that Iran allowed 9/11 hijackers to travel through its territory.

The State Department noted: "In 2016, the U.S. Treasury Department identified and sanctioned three senior AQ [Al Qaeda] operatives residing in Iran and noted that Iran had knowingly permitted these AQ members, including several of the 9/11 hijackers, to transit its territory on their way to Afghanistan for training and operational planning."

Kerr previously caught flak when he declined to comment on China's decision not to air two NBA games -- a response to a league general manager expressing support for Hong Kong protesters.

"A lot of us don't know what to make of it, it's something I'm reading about... but I'm not going to comment," he said in October. "What I’ve found is that it’s easy to speak on issues that I’m passionate about and that I feel like I’m well-versed on, and I’ve found that it makes the most sense to stick to topics that fall in that category."

After his Friday tweet, Kerr received criticism for apparently picking and choosing when to speak up about geopolitics.

President Trump previously mocked Kerr, referring to him as a "little boy" amid the China controversy.

“He was like a little boy, he was so scared... He was shaking,” Trump has said.