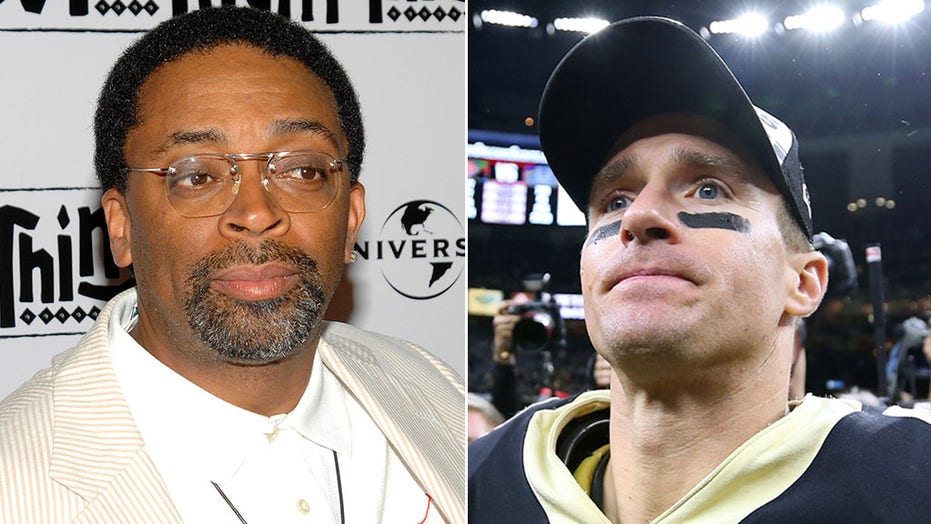 Award-winning filmmaker Spike Lee reportedly praised Drew Brees on Tuesday for standing up to President Trump, who criticized the quarterback last week for apologizing for his earlier comments about kneeling during the national anthem.

According to ESPN, citing a source, Lee was a guest speaker during a video call with the New Orleans Saints on Tuesday, during which he complimented Brees for addressing Trump, who expressed in a tweet on Friday that the quarterback “should not have taken back his original stance on honoring our magnificent American Flag."

Brees responded to the president with his own post hours later and said he’s come to realize that it’s “not an issue about the American flag. It never has been.”

"We can no longer use the flag to turn people away or distract them from the real issues that face our black communities," Brees continued. "We did this back in 2017 and, regretfully, I brought it back with my comments this week. We must stop talking about the flag and shift our attention to the real issues of systemic racial injustice, economic oppression, police brutality, and judicial & prison reform.”

The fallout began when Brees was recently asked about kneeling during the national anthem. He said he would “never agree with anybody disrespecting the flag of the United States of America or our country.”

Many of Brees' own teammates spoke out against the comment and called it tone-deaf.

Brees issued two apologies before Trump publicly spoke out about it.

Lee reportedly spoke to the Saints for 45 minutes about his experiences in race relations. The source told ESPN the players “loved Lee.”