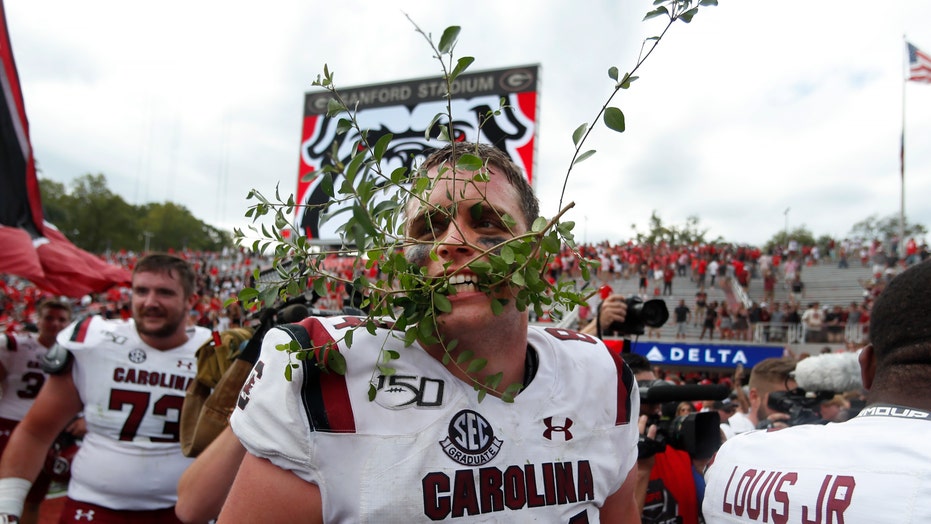 The University of South Carolina shocked the unbeaten Georgia Bulldogs, 20-17 in double overtime on Saturday, giving college football one of the more surprising upsets of the 2019 season.

The No. 3 ranked Bulldogs missed a 42-yard field goal as time expired in Athens, Georgia, handing the Gamecocks their biggest upset win since they knocked off No.1 ranked Alabama in 2010.

It's the first time a top-6 team in the Coaches Poll has lost this year.

It was South Carolina's first win over a ranked opponent in three years and the first time an SEC team was defeated by an unranked team this season, according to USA Today.

The Gamecocks won despite being limited to their third-string quarterback, Dakereon Joyner, who entered the game after starter Ryan Hilinski was injured in the third quarter.

Hilinski wore the No. 3 jersey to honor his brother Tyler who committed suicide on January 16, 2018.

South Carolina head coach, Will Muschamp said the Gamecocks have been resilient in dealing with adversity so far this season.

SOUTH CAROLINA INMATES BAPTIZED BEHIND BARS SUNDAY: 'JAIL DOESN'T HAVE TO BE THE END'

The loss hurts Georgia's postseason aspirations as they must win out to have a chance at making the College Football Playoff.