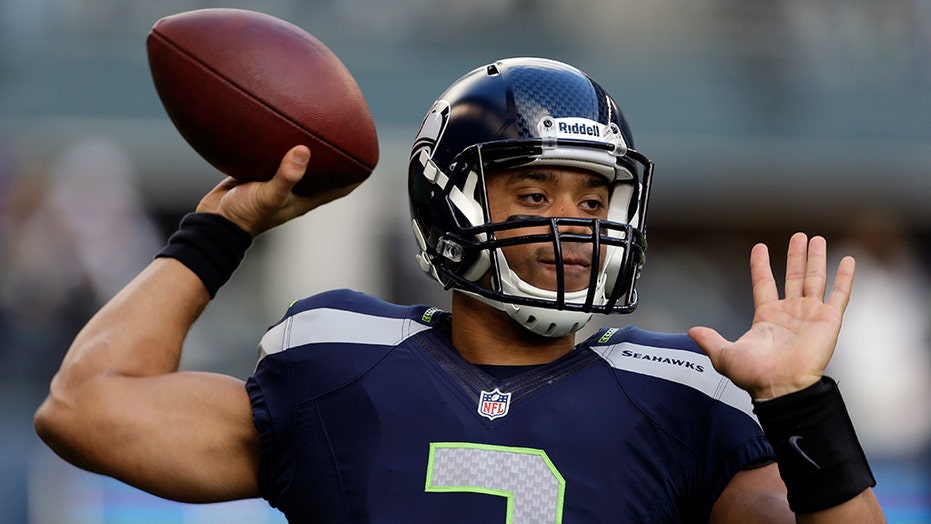 Seattle Seahawks quarterback Russell Wilson opened up about his hope for his children’s future as he opened up the ESPY Awards on Sunday night with a monologue about racism.

Wilson was joined with words from soccer star Megan Rapinoe and basketball player Sue Bird during the speech.

“I look at my children and I pray for a better future,” Wilson said. “A world where the color of their brown doesn’t stop them from their calling, from their purpose and their destiny…I pray for a world where I don’t have to fear for my children due to systemic racism from hundreds of years of oppression. The only thing that must die is racism.”

Wilson added a tribute to George Floyd, Ahmaud Arbery and Breonna Taylor – all of whom had been killed in recent months and sparked protests across the U.S.

“As millions of people of all colors protest, I see a world of hurt, pain and despair," he said. "But I also see a new generation. A generation that is calling out in desperate need for lasting change. To my white teammates and friends, we need you to lead, too. Don’t just listen. Help.”

Wilson spoke out against racism in the wake of Floyd’s death. Floyd is the Minneapolis man who died in police custody on May 25 after an officer kneeled on his neck for more than 8 minutes in a moment caught on cellphone video.