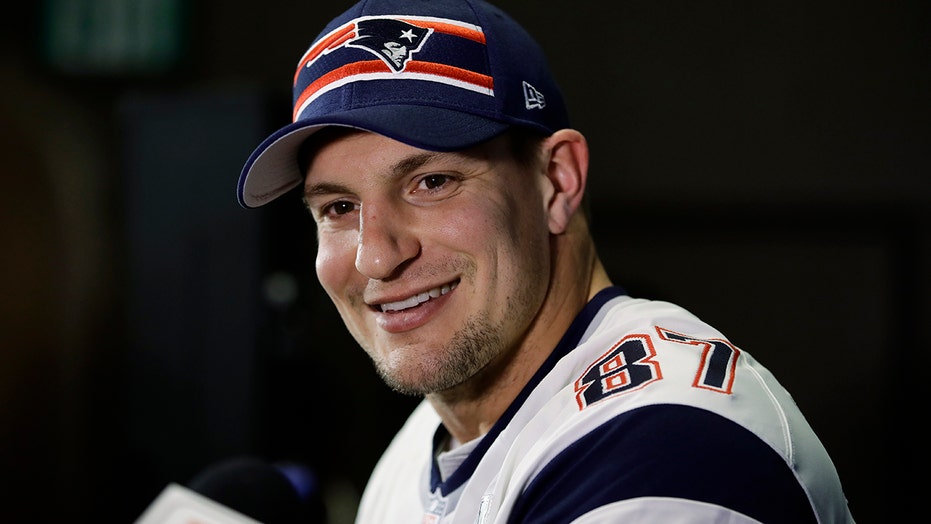 Rob Gronkowski may have given a former teammate a hint that he was planning on returning to the NFL days before it was reported he was being traded from the New England Patriots to the Tampa Bay Buccaneers.

Rob Ninkovich, Gronkowski’s former Patriots teammate and current ESPN analyst, appeared on “NFL Live” minutes after word broke of the trade and said he got a feeling the tight end had something up his sleeve when the two last talked.

“I was over at his house the other day, 6 feet apart, I went over and got a pair of dumbbells to do a workout and he said something strange to me,” Ninkovich said on the program. “He said, ‘Hey, look Ninko if I ever come back are you gonna come back?’ And I was like ‘No, I’m 36. What does that mean? You got a twinkle in your eye? What’s going on?’"

“So, it’s very, very interesting that they have traded his rights over to Tampa Bay. It’s crazy so ... he did say he would not catch another football from another quarterback. So, he’s gonna catch a football from Tom Brady. It seems like it’s a match made in heaven, right? He was probably a little bit bored so why not?”

Ninkovich and Gronkowski were teammates from 2010 to 2016. (Photo by Gregory Shamus/Getty Images)

Gronkowski took the 2019 season off. He had said after the Patriots won Super Bowl LIII that he was retiring but he never officially signed the retirement papers.

Ninkovich added that it was “huge” for Tom Brady to have someone he is comfortable throwing the ball to given that the coronavirus pandemic has placed a huge question mark over the NFL’s training camp schedule.

“Having that familiarity with Gronk and Tom … that chemistry that they do have … they’ve been doing it for years so that would just help them,” he said. “If there wasn’t an offseason and they wouldn’t be able to have minicamp or training camp help them that much more when they do get into the regular season. We don’t know what this is going to look like moving forward. For them to have the chemistry and the understanding of each other, I think that would be just tremendous.”

Brady signed with the Buccaneers in March after two decades with the Patriots.