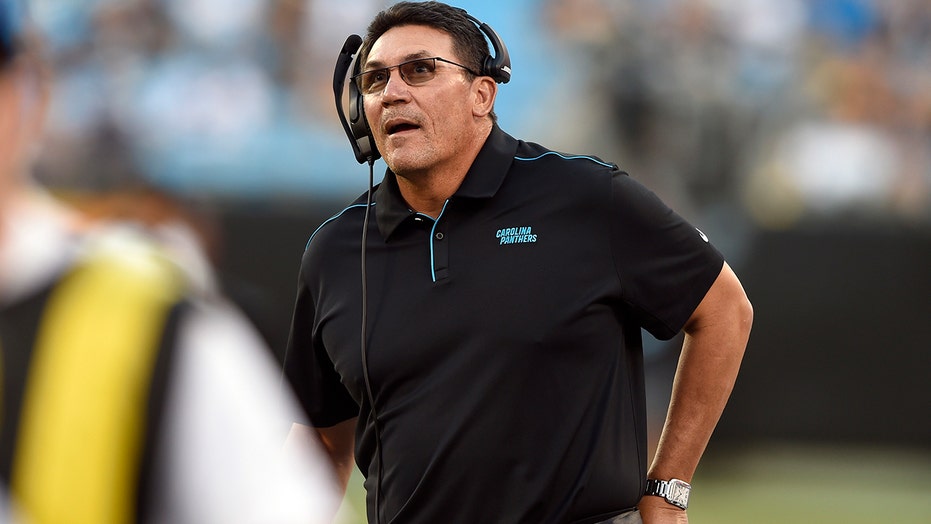 Rivera, 57, will be the team’s third head coach since 2010. Washington began the 2019 season with Jay Gruden but fired him after the Redskins started the season with five straight losses. According to the NFL Network, Rivera and the Redskins agreed to a five-year deal.

An official announcement is reportedly set for Wednesday.

Rivera had been the Panthers’ coach since the 2011 season. He was the leader of the team when the Panthers put together their best season in franchise history in 2015. Carolina went 15-1 that year and made the franchise’s second Super Bowl appearance with Cam Newton winning the NFL MVP award.

However, the Panthers went 6-10 the following season and only made the playoffs once between 2016 and 2019. Rivera was fired in the middle of the 2019 season and replaced by Perry Fewell, who was named interim head coach.

Rivera will take over a Washington team that is in flux.

Washington fired team president Bruce Allen on Monday and will have to put someone in that position who is comfortable with Rivera being named the head coach.

The Redskins are coming off four straight seasons of missing the playoffs and the 2019 season was one of the worst in recent memory. Washington finished last in the division for the first time since 2014 with a 3-13 record and had a -169 point differential – the first time being in triple digits in that stat category since the 2014 season.

Rivera, a sound defensive mind, will have to figure out how to turn the Redskins back into a defensive force. Washington finished 27th in points and yards allowed. On offense, the team finished 32nd in points scored and 31st in yards gained.

Rivera will have Dwayne Haskins to work with at quarterback, though his rookie season wasn’t as impressive as the team probably hoped. But positives came from rookie wide receivers Terry McLaurin, who had 58 catches for 919 yards and seven touchdowns, and Steven Sims, who had 16 catches for 190 yards and four touchdowns in the final three games of the season.

Washington also is lined up perfectly to select Chase Young in the 2020 draft to try and amplify the pass rush next to Matthew Ioannidis and Montez Sweat. Washington will also look to build on Landon Collins’ first season in burgundy and gold. He had 117 total tackles and two forced fumbles in 15 games.