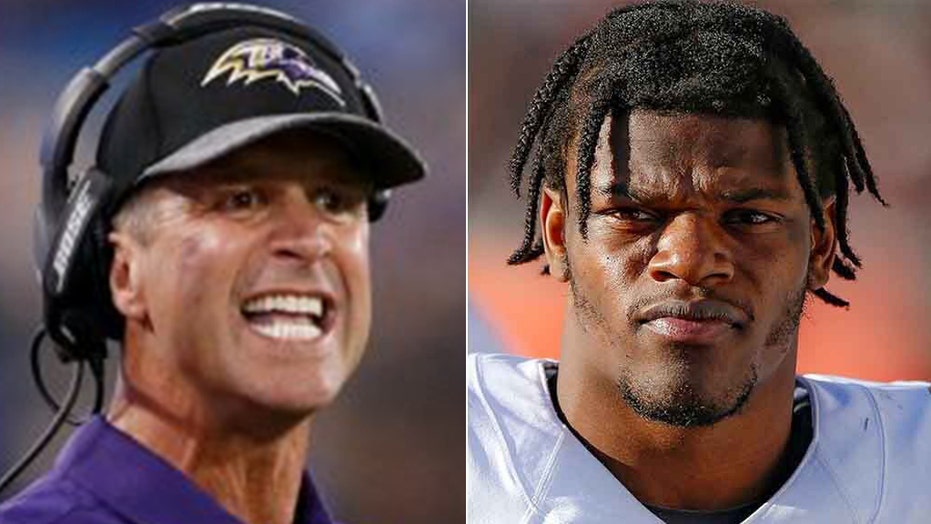 During a call with reporters earlier this week, Harbaugh addressed comments Jackson made on a podcast the previous week where he expressed the opinion that the team had underestimated the Tennessee Titans going into last year’s AFC playoffs.

REDSKINS’ JACK DEL RIO HITS BACK AFTER FANS CRITICIZE HIM FOR BEING TRUMP SUPPORTER: ‘I’M 100% FOR AMERICA’

“That's what happened in the playoffs, and we end up losing to the team people had us favored over," Jackson said, according to an ESPN report. "It's any given Sunday. You can't underestimate no team, no opponent and that's what we did. ... They caught us by surprise. That's all it was."

But Harbaugh thinks it's much simpler than that.

“I don't think we took them lightly, personally. We just didn't play well,” he said, according to ESPN.

Harbaugh continued to say that he respects Jackson’s take on the loss and the difference in opinion “doesn’t bother me.”