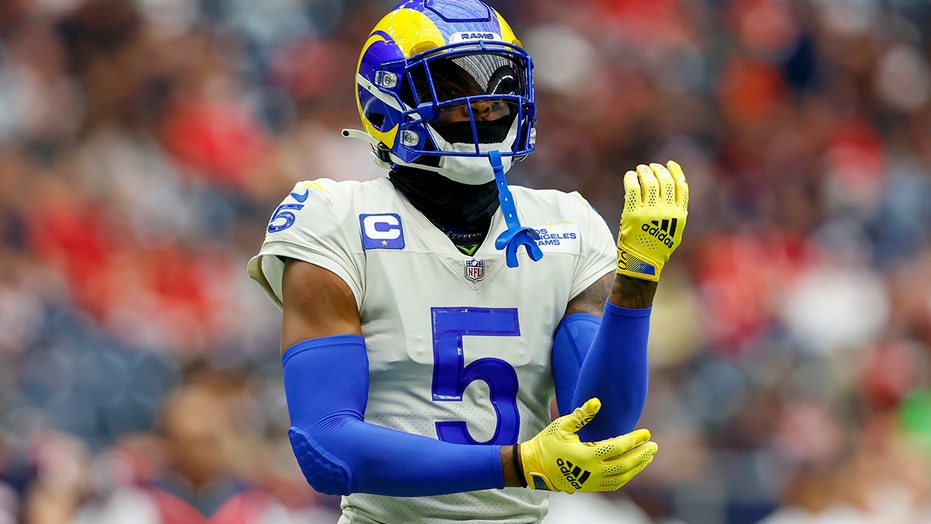 Los Angeles Rams teammates Jalen Ramsey and Taylor Rapp had to be broken up in the first quarter as the team was taking on the Baltimore Ravens in Week 17 on Sunday.

The FOX broadcast caught Ramsey and Rapp pushing and shoving each other. It wasn’t clear what the issue was as the defense didn’t really appear to be the main problem early for Los Angeles.

With about 12:40 remaining in the second quarter, Baltimore had a total of 44 yards on 11 plays with two total first downs. The Ravens scored thanks to a Pick Six from Ravens defensive back Chuck Clark on Rams quarterback Matthew Stafford.

DK Metcalf of the Seattle Seahawks is tackled by Taylor Rapp and Jalen Ramsey of the Los Angeles Rams at SoFi Stadium on Dec. 21, 2021, in Inglewood, California. (Ronald Martinez/Getty Images)

Los Angeles was 11-4 coming into the game with a playoff spot already clinched. The team was still vying for an NFC West title and hoping to wrap it up for the first time since 2018.

The Rams’ defense was also ranked 15th in points allowed and 16th in yards allowed.

Ramsey has been one of the best cornerbacks in the league since he entered the NFL in 2016. This season, Ramsey has three interceptions with 71 tackles and a fumble recovery.

Taylor Rapp of the Los Angeles Rams celebrates after an interception against the Seattle Seahawks at SoFi Stadium on Dec. 21, 2021, in Inglewood, California. (Ronald Martinez/Getty Images)

Rapp, who is in his third season as safety, has a career-high three interceptions along with four passes defended this year.