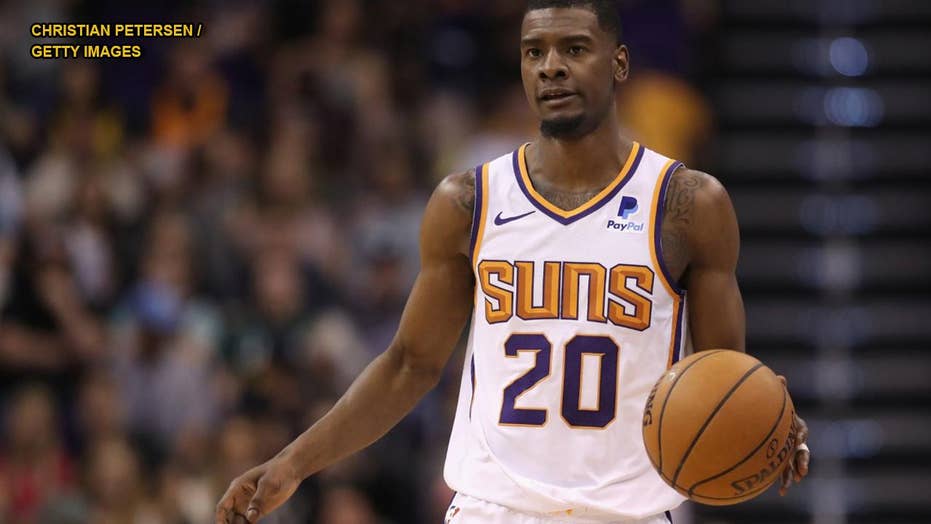 Josh Jackson accused of getting daughter high with marijuana use: Report

Phoenix Suns forward Josh Jackson was reportedly accused in court documents of using marijuana and getting his 5-month-old daughter high off the drug.

Phoenix Suns forward Josh Jackson was reportedly accused in court documents of using marijuana and getting his 5-month-old daughter high off the drug.

Lorena Villela, 41, the mother of Jackson’s child, have been in a court battle over paternity, child support, and other issues, the Arizona Republic reported Friday. Villela said she’s smelled marijuana coming from Jackson’s home when she picked her child up.

Villela accused Jackson, 22, in a court motion filed June 4 of using the drug several times and requested that he gets drug tested, according to the newspaper. A judge has yet to rule on the request. Villela insists she’s not trying to harm Jackson’s image or financially gain from the lawsuit.

Villela claimed that after Jackson spent time with the baby on May 22 she noticed the child was “very lethargic” and she said she tried to wake the baby up multiple times through the night but the child “appeared to be high and could only lift her eyelids to midway point,” the newspaper reported, citing court records.

Jackson sent a text message to Villela’s marijuana accusations, according to Arizona Sports. He said he doesn’t smoke marijuana when he’s around the child.

Josh Jackson will be entering his third season with the Suns. (Photo by Christian Petersen/Getty Images)

“The people in this house will tell you I don’t do that when she’s around or before I see her so say what you want,” Jackson said.

Lawyers for Villela and Jackson have both released statements about the case.

“If [the] father was truly concerned for the best interest of the minor child and how his public image may impact the minor child, he would not be getting arrested for attempting to flee police custody,” Ryan Reppucci, Villela’s attorney, said in a court filing.

Jackson’s attorney responded: “Josh Jackson categorically denies these defamatory and deeply upsetting allegations. He would never endanger the well-being of his daughter or any other child. Period. We look forward to clearing Josh’s name as swiftly as possible and continuing to pursue justice for his daughter.”

Jackson, who was drafted by the Suns in 2017, was arrested in May and charged with resisting arrest after an incident at a music festival in which he allegedly attempted to enter a VIP area without the correct pass.

LAVAR BALL SAYS HIS COMMENTS ON ESPN WERE NOT SEXUAL, CALLS OUT HOST

Villela has also had trouble with the law. According to the Arizona Republic, she served one month in jail and completed three years of probation after being convicted of child abuse in 2008.