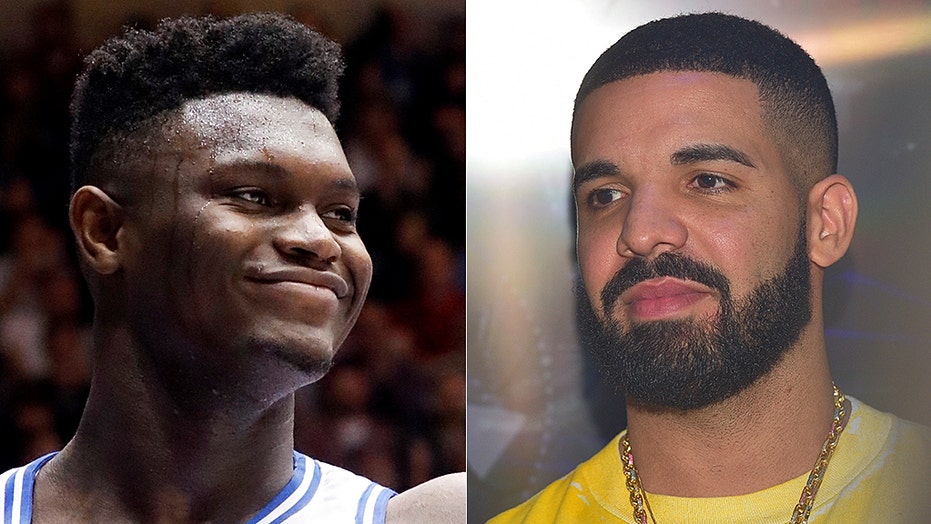 Williamson was on his Spartanburg High School team in South Carolina when he started making waves across social media with his incredible athletic ability. In 2017, rapper Drake posted a picture of himself and two of his friends, and Drake was wearing Williamson’s jersey.

“I think he posted, like, late at night,” Williamson told Ernie Johnson on the NBA Together Twitter show. “And I woke up in the morning to, like, crazy notifications on my phone. For a second I was like, ‘Did something happen? Like something bad happen?’

“It was just crazy at school, everybody asking me, ‘Oh my god, like Drake, he wore your jersey! He wore your jersey!'” the Pelicans rookie said. “And I’m like 16 at the time, and I’m not going to lie, I’m looking like, ‘yeah that’s my jersey.’ Kinda lit.”

Drake has a big influence in the NBA world. He is an ambassador for the Toronto Raptors and was on the sideline as his team won the NBA Finals last year.

The league has been shut down since March 11 after a player tested positive for coronavirus. It may open up facilities again in May, but under strict restrictions.