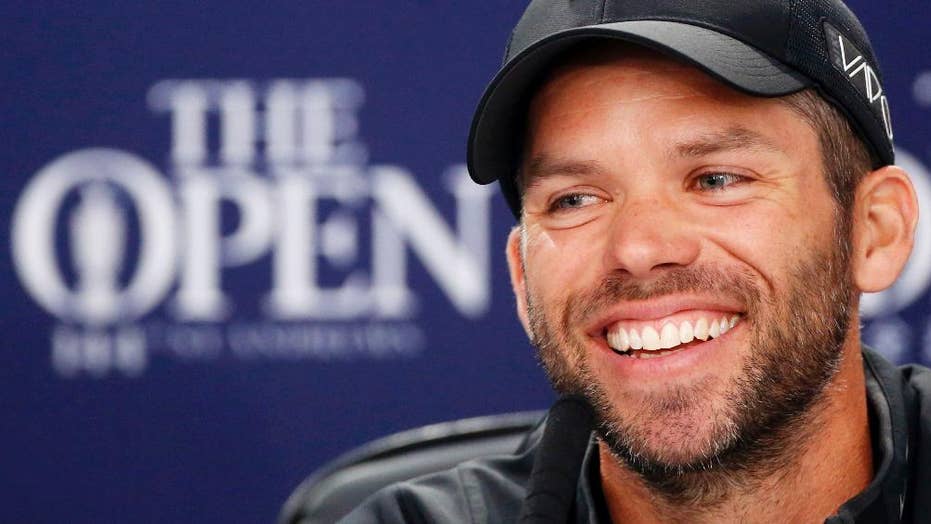 Paul Casey was among three players from the top 25 in the world yet to play since the PGA Tour resumed competition amid the COVID-19 pandemic. He and Patrick Cantlay are playing the Travelers Championship, leaving Adam Scott as the only one still not back.

Casey watched plenty on TV, and he was watching more than the golf.

He is on the Player Advisory Council and has been involved in so many details that went into the tour’s “Return to Golf” manifesto as it relates to health and safety. Yes, he was watching shots and putts. He also was watching for social distancing and bunker rakes being wiped down.

“I think it extends all the way through the membership, but certainly those of us who are on the PAC, I was sitting there watching it because I want this to go as smoothly as possible,” Casey said. “So trying to watch it and observe, knowing that those guidelines that we’ve talked about — how that works — is doable, what are the optics? Yeah, I’ve watched quite a bit of it.”

He gave it a passing grade, and he’s not about to judge again after only his first week back on tour.

“One of the things we’ve been criticized for as a whole has been the player-caddie handing the clubs backwards and forwards,” Casey said Tuesday. “And I admit, I did it today. It’s such a habit. A lot of things seemed fairly easy to do — mask wearing and distancing yourself, hand sanitizer ... and wiping down flagsticks — it’s easy stuff. For some reason, handing clubs ... I’m not going to criticize anything I’ve seen to this point because I haven’t played.”

Casey plans to play only the Travelers Championship before returning to Ohio, possibly for both tournaments at Muirfield Village. That’s why he has a fill-in caddie for the week. His regular, John McLaren, lives in England. With two-week quarantines on both sides in effect, that would have meant five weeks away from home to caddie in one tournament.

PAIRINGS WITH A PURPOSE

The PGA Tour has four groups of featured pairings for its “PGA Tour Live," and then the rest of the field is supposed to be relatively random depending on a player's category.

There are exceptions, and they were notable at Harbour Town.

Ryder Cup captain Steve Stricker had three of his assistants in the field at the RBC Heritage, and it probably wasn't a coincidence who was in their group. Jim Furyk played with Tony Finau and Collin Morikawa. Zach Johnson was with Jordan Spieth and Kevin Kisner. Davis Love III tagged along with Bryson DeChambeau and Webb Simpson.

There was another group that before the COVID-19 pandemic halted golf for three months surely would have been center of attention on social media. Brooks Koepka and Patrick Reed played together for the first time since Koepka said in late February he thought Reed cheated in the Bahamas, accusing him of “building sand castles” while improving his lie.

So much has happened since then that it was easy to overlook, and that's one reason the pairing wasn't an accident. Koepka and Reed carried on like normal, at times chatting off the tees.

NO BURNOUT FOR BRYSON

It’s not unusual for Bryson DeChambeau to spend hours on the practice range at a tournament after his round, or to putt into the early hours of darkness. And that doesn’t account for the time he spends outside of tournaments, whether it’s in the gym or trying to perfect his game.

But he doesn’t worry about burnout.

“Burnout for me is when I don’t have anything else more to learn in the game of golf, and I don’t think that’s going to happen anytime soon,” DeChambeau said Tuesday at the Travelers Championship. “The reason why people get burned out is because they don’t feel like they have any hope to go forward or keep going forward, or there’s no inspiration for them to keep moving forward.”

Forward for DeChambeau is reaching No. 1 in the world and winning majors. And even then, he figures there will be plenty of improvement. He conceded to feeling a little bored as one reason he chose to add mass in a bid to approach the game with more power.

And in that respect, he understands why Tiger Woods changed his swing as often as he did.

“Look, it’s always a pursuit to get better, and I feel like I understand why Tiger kind of did what he did because he always wanted to be better,” DeChambeau said. “He’s such a competitive guy and wants to kick the crap out of everybody, that I think he wanted to spice things up and see if he could get even better. That’s what I’m trying to do."

NOT SO HAPPY RETURNS

With golf out of action for three months, players were eager to play every chance they had. That explains why the top five in the world ranking are in the field for three straight events.

And that brought a lot of newcomers to Hilton Head, or players who had not been there before because the RBC Heritage typically is held a week after the Masters.

Brooks Koepka and Jon Rahm played it for the first time. Rory McIlroy had not been back since 2009. And it's a good bet McIlroy won't be back next year when it returns to its regular spot on the schedule.

“Once I got here and I played the golf course, I sort of remembered why I haven't been here for a while,” McIlroy said after tying for 41st. “It's tough. Like, it's a lovely place. There's other courses on tour that probably fit my game a little bit better, and obviously the week after the Masters is always a tough one. Guys like to come here and decompress, but my idea of decompression is not seeing golf clubs for a week.”

The USGA laid out plans for the U.S. Amateur and U.S. Women’s Amateurs.

The U.S. Amateur is at Bandon Dunes this year. After that, it goes to Oakmont, Ridgewood Country Club in New Jersey, Cherry Hills, Hazeltine, Olympic Club, Merion and Oak Hill.

Hilton Head has some of the smallest greens on the PGA Tour, and Abraham Ancer hit 65 out of 72 of them in his runner-up finish. That's five more than anyone else in Harbour Town history. ... The Symetra Tour plans to resume its schedule with the FireKeepers Casino Hotel Championship in Battle Creek, Michigan, on July 24-26. The LPGA Tour's developmental circuit opened its season in Florida on the final weekend in March that sports was played. ... The Women's British Amateur is moving from Kilmarnock to West Lancashire this year and being played Aug. 25-29. It goes to Kilmarnock next year in June. The Britsih Amateur is Aug. 25-30 at Royal Birkdale. The Curtis Cup is Sept. 3-5 at Conwy.

STAT OF THE WEEK

Dustin Johnson fell out of the top five in the world ranking for the first time since the week before he won the 2016 U.S. Open at Oakmont.

“If the announcers would just shut up and listen, you could hear every word that we’re talking about. ” — Brooks Koepka.

“Fascinating stuff.” — CBS analyst Nick Faldo, watching Koepka tee off on the 18th hole and telling viewers he would listen to what Koepka had to say. Koepka hit a stock tee shot into the fairway and handed the club to his caddie without a word.