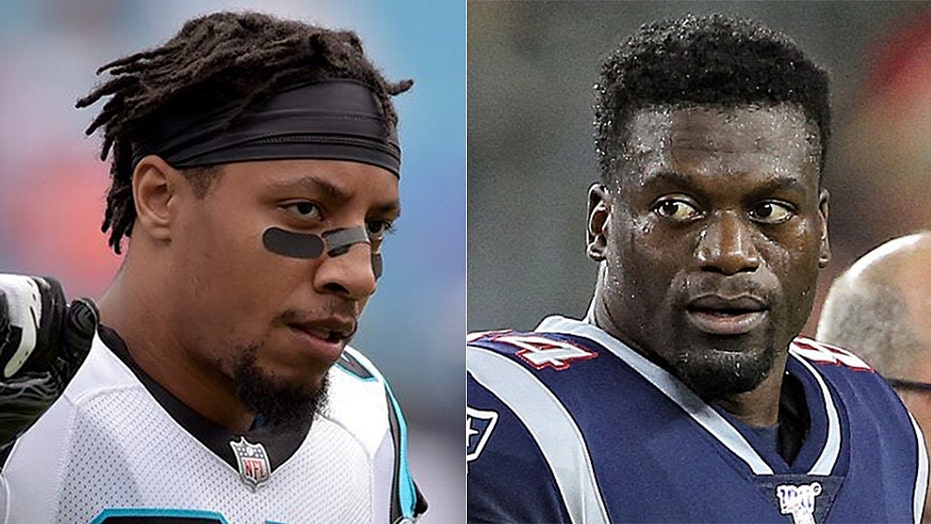 Carolina Panthers safety Eric Reid said his late hit to the upper body of New England Patriots tight end Ben Watson on Thursday night wasn't an attempt to settle a personal score but was simply about not letting the Pats score. The play drew considerable scrutiny from analysts and fans alike, however, given a Twitter spat between the two outspoken players only days earlier.

Reid told reporters there was no malice on his part when he bashed Watson on the neck even though the tight end had already been taken to the ground after making a catch near the sideline. The 27-year-old Louisiana native was called for unnecessary roughness on the play.

“I was just trying to stop him from getting the first down,” Reid told reporters after the preseason game. “I looked at the replay and, yeah, he was down. We’ll see what the league do with it. I’m sure I’ll end up getting a fine, but I’m just playing the game.”

After the play, Reid stopped to talk to Watson and tried to help him onto his feet. After a few moments spent lying on the field, Watson walked to the medical tent. But he soon left the sidelines for the locker room and didn't return.

The game came just four days after a Twitter dustup between the two men, starting when Watson took issue with Reid’s criticism of the Players Coalition amid a controversial new NFL agreement with rapper Jay-Z.

“No one entity owns this movement,” Watson tweeted, specifically mentioning Reid. “We are all one continuation of the generations who fought before us. We need each other.”

“What tweet?” Reid asked reporters, according to Masslive.com. “I didn’t even know he tweeted me. That’s not even something that you process in the game. I’m not analyzing who has the ball in their hand and what they tweeted me while I’m playing the game.”

According to NESN, when the tweet was explained to Reid, he replied: “There’s a lot of people who don’t agree with a lot of the comments that I’ve made.”

Reid's recent headlines center around his disapproval of the NFL’s partnership with Jay-Z, though, he's previously been known to settle a grudge on the gridiron that originated from an off-field spat.

In October, Reid exchanged words with Philadelphia Eagles safety Malcolm Jenkins, calling him a “sellout” because Jenkins had stopped kneeling during the national anthem after the league announced it would donate $100 million to causes considered important to the Players Coalition. Several players had to hold Reid back after he charged at Jenkins before the coin toss.

Reid was the first player to join former San Francisco 49ers quarterback Colin Kaepernick in kneeling during the playing of "The Star-Spangled Banner" in protest of perceived racial injustice.

The Patriots ended up getting the last laugh Thursday night, beating the Panthers, 10-3.