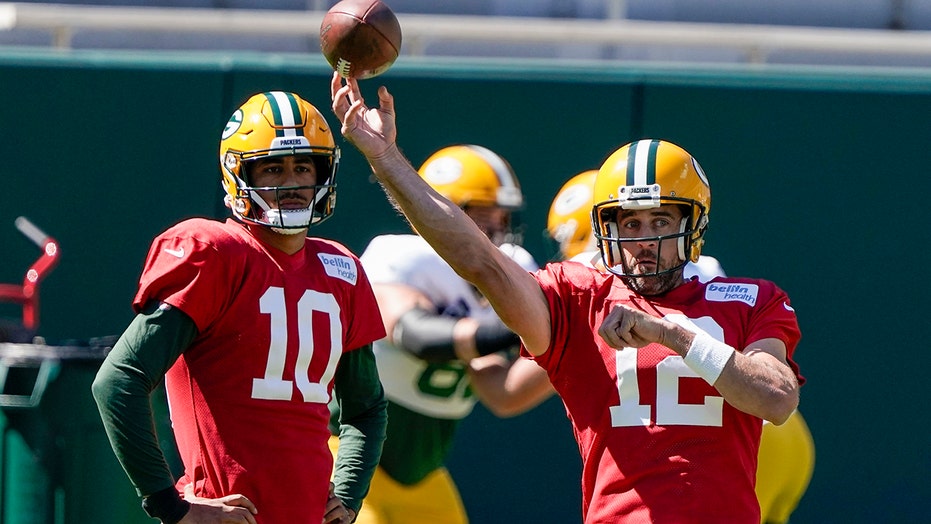 The NFL kicks off a new season on FOX

Former NFL coach Rex Ryan said Sunday he was not a fan of the Green Bay Packers selecting Jordan Love as the No. 26 pick of the draft with Aaron Rodgers still the starting quarterback.

Ryan, who is now an NFL analyst on ESPN, said on “Sunday NFL Countdown” that the pick was “ridiculous.”

GREEN BAY PACKERS: WHAT TO KNOW ABOUT THE TEAM'S 2020 SEASON

“The most ridiculous thing I’ve seen in the 50 years I’ve watched the draft,” the former New York Jets head coach said, according to The Spun.

Rodgers opened up about the Love pick in July on NFL Network host Kyle Brandt’s podcast.

“When they traded up, I definitely perked up a little bit,” Rodgers said. “And then I got a text – because everything is so delayed. I got a text from my agent, my marketing agent, who I love, and he just texted ‘quarterback.’ I was like, ‘Oh, wow. OK.’”

The Packers quarterback said he mixed in some tequila with his scotch drinking.

“I love scotch, but I’ve been drinking some sipping tequila as well,” he said. “Once I got that text I went to the pantry, I poured myself about four fingers, and I knew it was going to be one of those nights where people were going to start calling and there was going to be the, ‘Hey, is everything fine? You OK?’ ‘Yeah, I’m fine.’

“Like I said, I wasn’t elated by the pick, especially being one game away from the Super Bowl and feeling like we’re a couple players away, but at the same time I understand it’s a business. I know the reality.”

Rodgers led the Packers to a 13-3 season and an NFC Championship game appearance. He threw for 4,002 yards and 26 touchdown passes. It still appears he has more left in the tank.