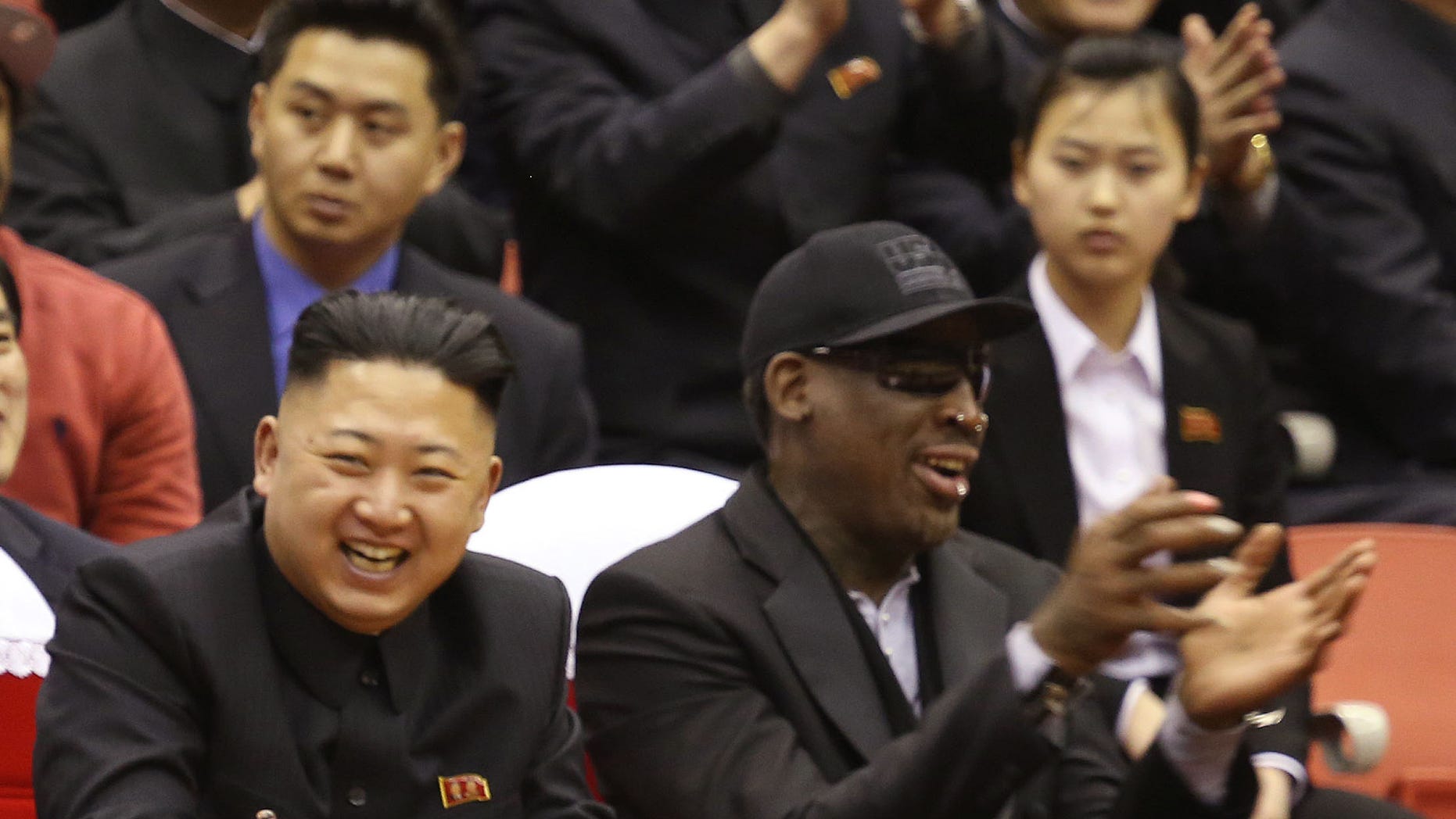 North Korean dictator Kim Jong Un reportedly requested the U.S. send “famous basketball players” to the Hermit Kingdom in an effort to normalize the relationship between the two countries.

The request took place ahead of the second summit between President Trump and Kim in Vietnam. North Korea insisted at one point the agreement be a part of a joint statement on denuclearization, ABC News reported Thursday, citing two U.S. officials. It wasn't clear whether specific NBA players were mentioned in the request

“While we did not reach an agreement with the [Democratic People's Republic of Korea] at Hanoi, we exchanged detailed positions and narrowed the gap on a number of issues,” an unidentified U.S. State Department official told ABC News.

The U.S. and North Korea failed to reach an agreement on denuclearization at the second summit in February. North Korea has since fired off multiple projectiles over the last few weeks.

Kim is known to be an avid basketball fan and has a close relationship with Basketball Hall of Famer Dennis Rodman. The former Chicago Bulls star has made multiple appearances in North Korea and once brought a handful of Harlem Globetrotters to the country.

Rodman praised Trump ahead of the second summit with Kim and even suggested the president could receive a Nobel Peace Prize should he have achieved denuclearization.

In his first comments after President Trump nominated him to be his defense secretary, Patrick Shanahan would not offer details about the launch.

“We're going to stick to our diplomacy. And as you all know we haven't changed our operations or our posture. We'll continue to generate the readiness we need in case diplomacy fails,” he said on the steps of the Pentagon late afternoon Thursday.

A Pentagon spokesman said in a statement late Thursday North Korea fired multiple short-range missiles from a base northwest of North Korea's capital. The three missiles traveled more than 200 miles before splashing down. Missile experts say this new mobile short-range ballistic missile is based on a Russian design.