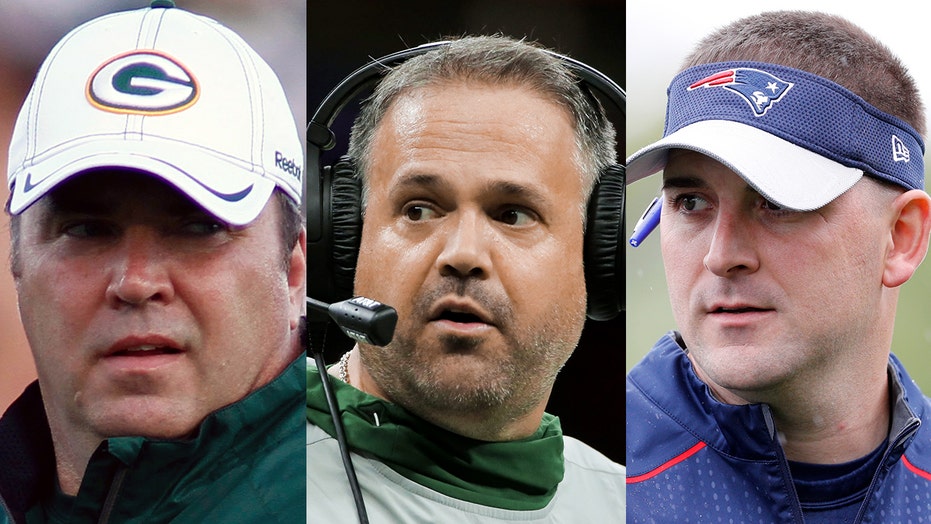 The flurry of hirings brought the NFL under fire Tuesday from those who think the league’s “Rooney Rule” – an NFL policy that requires teams to interview minority candidates for head coaching and senior football operations jobs – doesn't do what it's intended to do.

Many pointed out that only three NFL teams have specifically black coaches, including Anthony Lynn of the Los Angeles Chargers, Brian Flores of the Miami Dolphins and Mike Tomlin of the Pittsburgh Steelers. NFL writer Jim Trotter was among those who criticized the league for not doing more.

“For the late-arriving crowd: The lack of black head coaches in the NFL is not a league issue, it’s an ownership issue. Owners are master contortionists when coming up with reasons why we aren’t “qualified” or “ready”. 32 teams: 1 black GM, 3 black coaches,” Trotter tweeted.

He said that he received a text from an NFL assistant coach, who believes the league is telling black people that they can’t lead.

“NFL has finally shown it's not the place for black men to advance. It's ridiculous, it's disgusting. We can sell tickets and make plays, but we can't lead,” the assistant coach told Trotter.

It doesn’t appear that the Cleveland Browns are going to hire a black coach after expressing interest in Josh McDaniels and Jim Schwartz, among others.

“It’s very discouraging that this continues to happen,” Richard Lapchick, the director of The Institute for Diversity and Ethics in Sport at Central Florida, told the Associated Press. “It’s not like there are no qualified candidates. These people are out there and ready.”

Lapchick noted that the front office is also troubling with only one black general manager -- the Miami Dolphins' Chris Grier. Reggie McKenzie is the team's senior personnel executive.

Baltimore Ravens' Ozzie Newsome was named the NFL's first black general manager in 2002 and stepped down after the 2018 season.

“It’s a serious problem,” he said. “It’s fair to say nobody is feeling pressured to diversify, especially at the club level.”

Lapchick theorized that the issue doesn’t get enough attention because players don’t speak out about it while addressing social issues outside the league.

Defenders of the league could point to the fact that there were eight black coaches as recently as the 2018 season before five of them got fired and argue that the latest hiring round and the low number of minority coaches is an aberration.