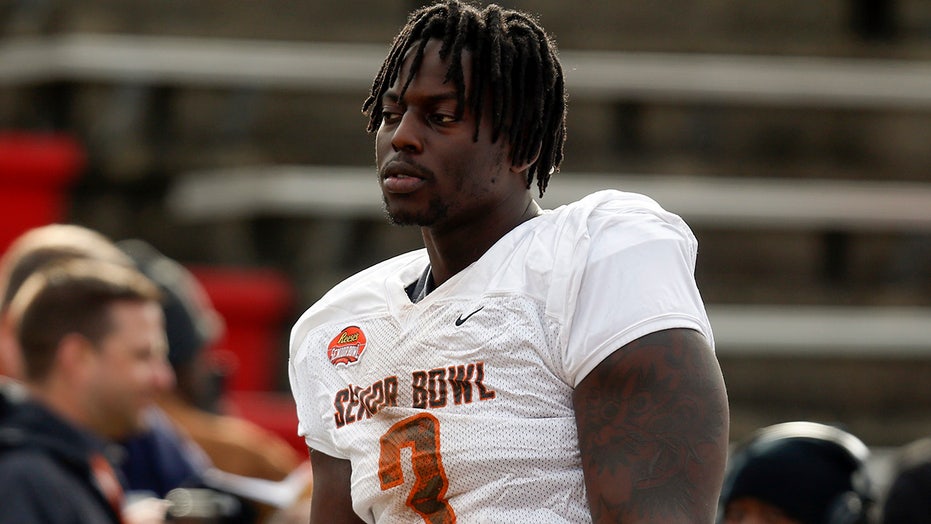 South Carolina Gamecocks defensive lineman Javon Kinlaw will take his first step in becoming a professional NFL player on Saturday in one of college football’s showcase events — the Senior Bowl.

It has been a long journey for Kinlaw to get to the cusp of professional football. He recently opened up about his tough life growing up in Washington D.C. and being “pretty much homeless” for some time.

JALEN HURTS EYES NFL, WITH 'BOULDER' NOT CHIP ON SHOULDER

“Just growing up in northeast Washington, D.C., pretty much homeless, living in basements. We went without electricity, no water, things like that,” Kinlaw said. “We had to use the neighbor's hose to fill up totes of water. We would take them back in the house. We had gas, a gas stove. We would light the stove with a little match or something, get a tall pot, boil the water, mix it with some cold water, put it in a bucket, take it upstairs, take a shower like that," he shared.

Kinlaw said he went from eating bologna or hot dogs to eating free at Jones County Junior College before he attended South Carolina.

“Fun fact, my first two days there I didn't even eat, because I didn't know where the cafe was at,” he said. “Then I didn't know the food was free, so when I found out it was free, I was going crazy.”

Kinlaw finished his senior season with six sacks and 35 total tackles in 12 games. He said he still has more to prove.

“I have everything to prove. I treat myself like I'm that guy still at the bottom," he said. "I set my goals so high this season and I feel like I didn't accomplish any of them. That's just how I am. I am looking forward to going out and getting something done. I wanted to have 15 sacks [in 2019]. I didn't even get close.”

Kinlaw said he sees himself as the next Aaron Donald – the Los Angeles Rams’ defensive tackle – or even better. Experts believe Kinlaw could go in the top 20 in the NFL Draft.