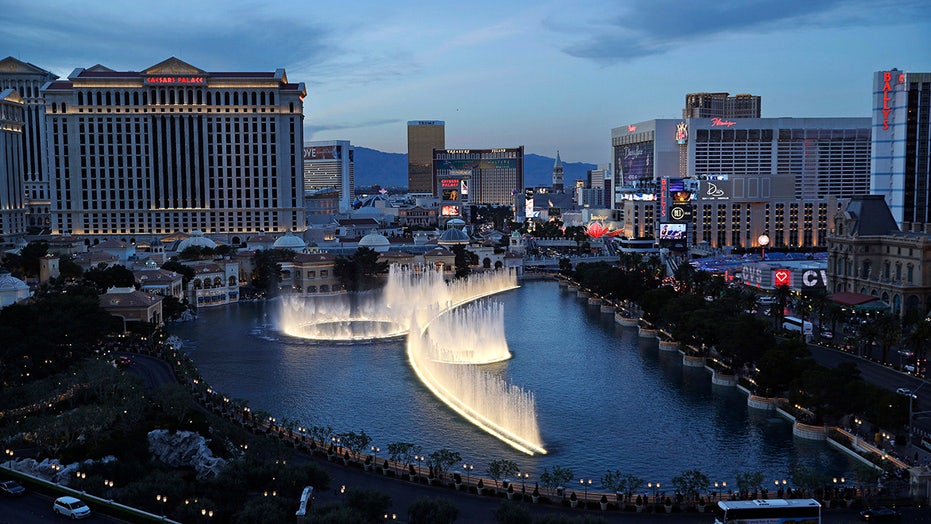 The NFL Draft will be the latest spectacle to grace the Las Vegas Strip in April as the league detailed its plans for the annual event Tuesday.

The draft will take place on April 23-25, and the red carpet stage will be be placed on the lake in front of the iconic Bellagio hotel. Boats will carry players and VIPs to the action.

“Embracing the city's personality and iconic locations enables us to create an event that captures the spirit and energy of our hosts,” Peter O’Reilly, the league’s executive vice president of club business and league events, said in a statement. “We look forward to continuing to work with the Raiders, Las Vegas officials and the Las Vegas Convention and Visitors Authority to create an unforgettable week-long celebration of football for our fans, the incoming prospects and partners and kick off the NFL's next 100 years.”

Teams will be able to make their selections at the Caesars Forum – located near the High Roller observation wheel on the Las Vegas Strip. Fans will also be able to participate in the NFL Draft Experience, which will feature interactive games, the Vince Lombardi Trophy, autograph sessions with NFL players and more, the league said.

The Raiders and the league are working closely together to bring the draft to Vegas. The Raiders are moving from Oakland to Las Vegas and will play in Allegiant Stadium next season.

A rendering of the Red Carpet Stage, located in the Fountains of the Bellagio. (Clark County, Nevada)

“The Raiders are thrilled to join the Las Vegas Convention and Visitors Authority, the resort corridor, and the local community in welcoming fans to Las Vegas for the 2020 NFL Draft,” Raiders president Marc Badain said. “Just as the NFL journey begins on Draft weekend for many young players, the Silver and Black's journey in the Sports and Entertainment Capital of the World is also just beginning. There is no better place to showcase this special event than on the famous Las Vegas Boulevard, and fans will be treated to a truly unique experience in an iconic location.”

Portions of the Strip will be shut down to vehicle traffic during the three days. The league is working closely with government agencies as well as the resorts and businesses.