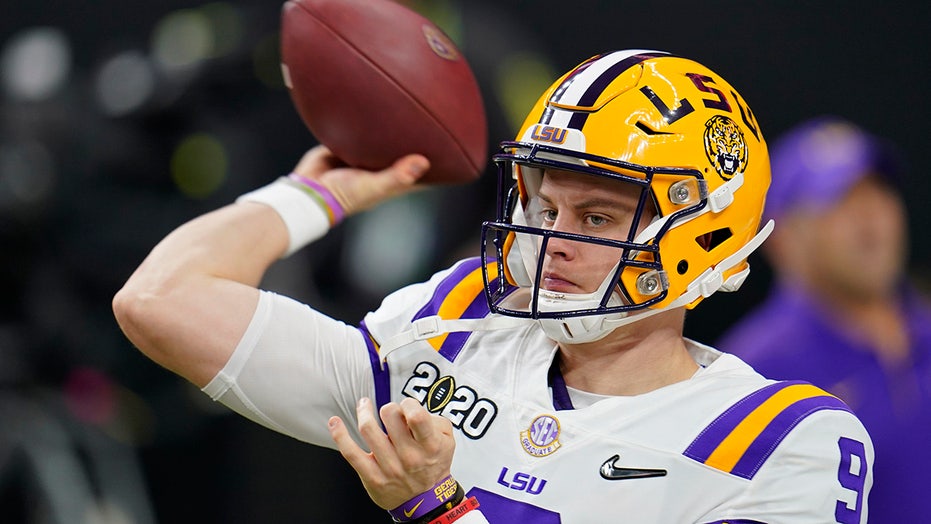 Joe Burrow is likely going from being on top of the college football world in January to the top of many NFL teams’ draft boards come April.

Burrow is set to be the top pick in the NFL Draft due to his incredible 2019 season, which ended with a Heisman Trophy and a national championship. The LSU quarterback was asked which team he would want to play for in the NFL and he gave an honest answer.

LSU STAR JOE BURROW WILL BE HAPPY IF BENGALS DRAFT HIM NO. 1, HIS FATHER SAYS

“Whoever wants to pay me money, I’m gonna go there,” Burrow said.

Some NFL experts have said that Burrow should force the Cincinnati Bengals into avoiding him come the draft because of how the team has fared over the last few seasons. However, Burrow’s father said last week that the quarterback is willing to play for any team, including the Bengals.

Joe Burrow played high school football at Athens High and was with the Ohio State Buckeyes for three years before transferring to LSU.

Jimmy Burrow said his son won’t be concerned with the Bengal’s history, which includes no playoff wins since 1991.

"He'll look at it as a challenge," Jimmy Burrow said. "But he'll be confident that, eventually, they can win a lot of games there in Cincinnati."

The NFL Draft is set to begin April 23 in Nevada.