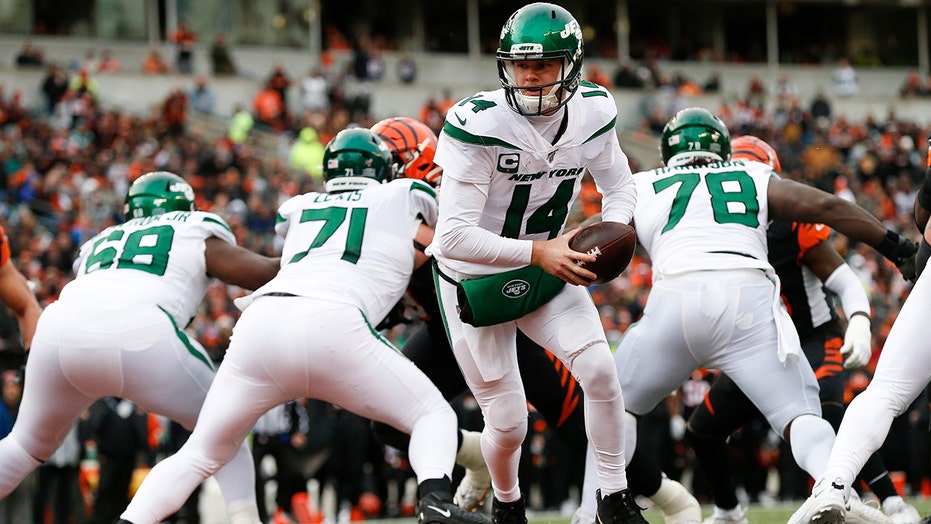 The New York Jets have had a turbulent offseason, which was headlined by the drama played out with the departure of Jamal Adams. But, even without their star safety, the Jets are hoping to improve their standings in the AFC East and make their first playoff game since 2010.

Much of the news surrounding the Jets focused on the fallout between Adams and head coach Adam Gase. Rumors had begun to circulate early in the offseason that the two-time Pro Bowler was unhappy about his contract negotiations with the team and Gase’s overall coaching style.

Adams spoke out publicly on the issue in an interview and was traded a few days later to the Seattle Seahawks, along with a 2022 fourth round-pick, in exchange for safety Bradley McDougald, a first-round and third-round pick in 2021, and a 2022 first-round pick.

But behind the headlines, the Jets were working to beef up their offense in the hopes of giving third-year quarterback Sam Darnold some desperately needed weapons.

Former Baylor wide receiver Denzel Mims and former Buccs’ receiver Breshad Perriman were brought in to replace Robby Anderson, who left for the Carolina Panthers after becoming a free agent in March.

Mims could possibly serve as the No. 2 receiver behind Jamison Crowder if Gase utilizes him early on in the season.

Another draft pick expected to have a significant impact this season is offensive tackle Mekhi Becton, whose size and speed instantly put him in the running for a starting position.

Mekhi Becton #73 of the Louisville Cardinals blocks against the North Carolina State Wolfpack during the game at Cardinal Stadium on November 17, 2018 in Louisville, Kentucky. (Photo by Joe Robbins/Getty Images)

The No. 11 overall pick out of Louisville, Mekhi Becton is a promising young star who, with the right amount of training, will provide the protection Darnold so desperately needs.

“I think early he kind of came out the blocks great. Once we got into some of those exotic fronts, then it started getting cloudy for him,” he said. “I think it was great for him to go through. He’s probably only going to see some of this stuff one or two times a year. He got the full gamut thrown at him this training camp. Now, we’re going back on the upward swing, where all the terms are hitting him the right way. He’s able to play faster. He’s showing improvement again.”

Becton is listed at 6-foot-7 and 364 pounds but teammate Jordan Jenkins noted that “for his size, he moves pretty well.”

Becton was not named to any all-ACC preseason honors. But he played well enough during the 2019 season to earn an All-ACC selection during the conference’s postseason awards. He also won the Jacobs Blocking Trophy for being the best blocker in the conference.