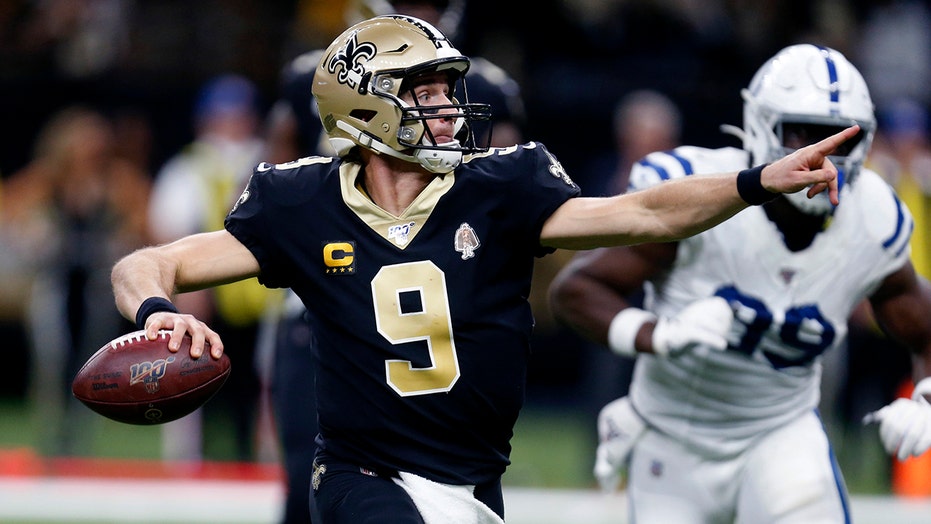 Outside the Drew Brees and Sean Payton era, the New Orleans Saints have not had a ton of success since coming into existence in 1967.

New Orleans has only been to one Super Bowl, which they won defeating the Indianapolis Colts. The Saints also made the conference championship three times and lost twice. All of which came while Brees was the quarterback of the team.

It has been a tough existence for the Saints but the team still managed to produce a handful of great players who at least made waves on the team level.

Who would make the all-time Saints’ Mount Rushmore? Take a look at the list below.

Pat Swilling #56 of the New Orleans Saints looks on against the Kansas City Chiefs during an NFL Football game Sept. 8, 1991 at Arrowhead Stadium in Kansas City, Missouri. Swilling played for the Saints from 1986-92. (Photo by Focus on Sport/Getty Images)

The Saints drafted linebacker Pat Swilling in the third round of the 1986 draft out of Georgia Tech and he was a stud for the team for several years. Swilling played for the Saints from 1986 to 1992. He spent time with the Detroit Lions and Oakland Raiders after that.

Swilling was a four-time Pro Bowler and two-time First-Team All-Pro selection before moving onto the Lions. He won the 1991 Defensive Player of the Year when he led the league with 17 sacks.

Overall, He had 76.5 sacks with the saints and 354 tackles. He’s one of the best Saints defenders of all-time but unfortunately never made it far in the playoffs with the team.

Linebacker Sam Mills #51 of the New Orleans Saints stands on the sideline during during an NFL game against the San Francisco 49ers on Nov. 15, 1992 at Candlestick Park in San Francisco, Calif. The Niners won 21-20. (Photo by Otto Greule Jr/Getty Images)

Sam Mills was another solid linebacker for the Saints from 1986 to 1994.

The Saints signed Mills as a free agent when he jumped from the United States Football League to the Saints. He started 13 games in his first season with them. He managed to put together four Pro Bowl seasons in New Orleans and was a part of the “Dome Patrol” linebacking corps.

He later went on to play for the Carolina Panthers. The Jersey Shore native finished his career had 934 tackles and 10.5 sacks with New Orleans.

Mills later died in 2004 after battling intestinal cancer. His “Keep Pounding” mantra is still honored in Carolina and his No. 51 jersey was also retired with that organization.

Drew Brees is clearly the greatest quarterback in Saints history. His accolades with the team are endless but let’s run through them anyway.

He is currently the all-time passing yards leader with 77,416 – 65,068 of which came from is time on the Saints. He is a 12-time Pro Bowl quarterback as a member of the Saints and a one-time First-Team All-Pro selection. He was the 2008 and 2011 Offensive Player of the Year. He has thrown for 5,000 or more passing yards four times and has led the league in passing touchdowns four times.

There’s no other Saints quarterback that really comes close to him statistically. He will forever be the player who changed the franchise from a laughing stock into a dangerous team for years on end.

Rickey Jackson #57 of the New Orleans Saints looks on against the San Francisco 49ers during an NFL Football game Dec. 1, 1991 at Candlestick Park in San Francisco, California. Jackson played for the Saints from 1981-93. (Photo by Focus on Sport/Getty Images)

Rickey Jackson is one of a handful of former Saints players who is in the Pro Football Hall of Fame.

He had six Pro Bowl seasons in that span. He played his final two years with the San Francisco 49ers.

Jackson was inducted into the Hall of Fame in 2010.