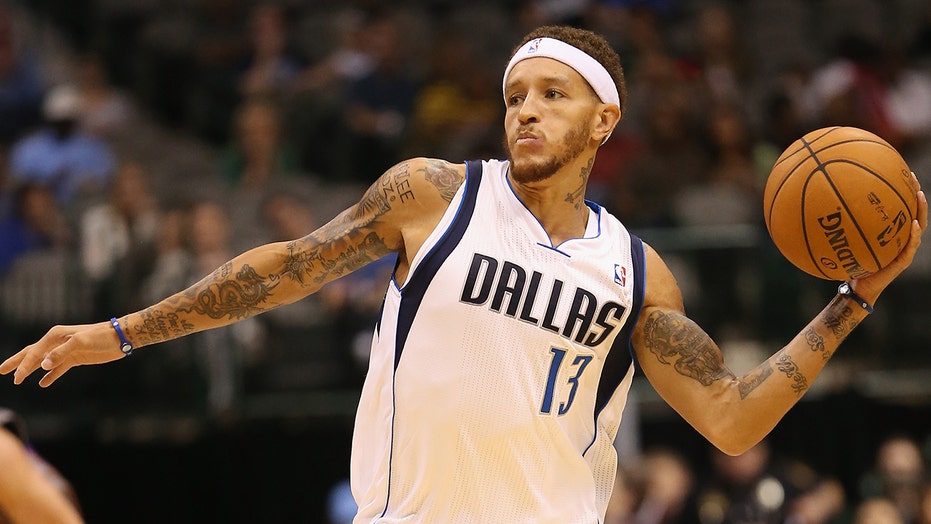 Former NBA guard Delonte West seemed to appear in two distressing videos circulated on social media Monday as fans called on the league and other professional basketball players to get him some help.

In one video, West appears to be in an altercation on a street in Washington, D.C.

In another video, he appeared to be getting questioned by police officers and accused a man of pulling a gun on him, leading to the altercation. West yelled, “I don’t give a f—k” twice after being questioned and then began to say something incoherently.

NBA fans on social media called upon the league’s stars and the players’ association to get West some kind of help.

West's former teammate Jameer Nelson offered his prayers while former Dallas Cowboys wide receiver Dez Bryant said he was going to “figure out” how he can help West.

Over the last few years, a series of events have occurred that have led to many people wondering how West was doing. He had been seen in 2016 wondering around Houston without any shoes on and then had altercations outside a strip club and at a youth basketball game.

West was seen in 2016 walking down a street in Maryland, sparking concerns that he was homeless. However, West was adamant that he was not homeless and that he was doing fine, Complex reported.

His brother told The Daily Mail in 2016 that Delonte was suffering from bipolar disorder.

“Delonte West is not crazy, he is not on drugs,” Dmitri West said. “I don't know what exactly is going on in his mind but I can tell you that he is safe and he's doing OK. My family are trying to get him the best professional help that's out there, the best that they can afford.”