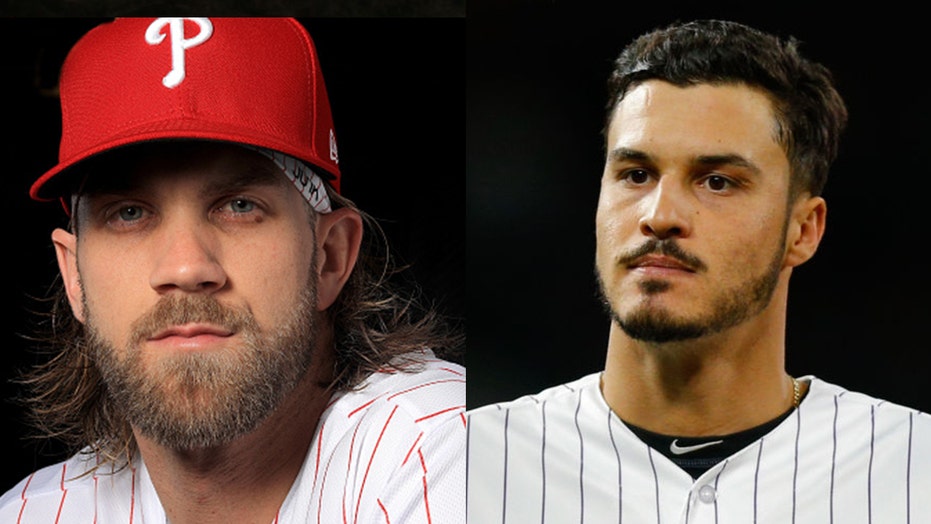 MLB stars Bryce Harper and Nolan Arenado threw their support toward Blake Snell, who said Wednesday he wasn’t going to risk playing baseball for less money amid the coronavirus pandemic.

Snell, the Tampa Bay Rays’ 2018 American League Cy Young Award winner, said during a Twitch livestream, “Y’all gotta understand man, for me to go, for me to take a pay cut is not happening, because the risk is through the roof, it’s a shorter season, less pay.”

“I gotta get my money. I’m not playing unless I get mine, OK? And that’s just the way it is for me. Like, I’m sorry you guys think differently, but the risk is way the hell higher and the amount of money I’m making is way lower, why would I think about doing that? Like you know, I’m just, I’m sorry.”

Snell later told the Tampa Bay Times he knew his comments would make him look “greedy,” but clarified that he was focused on his own safety.

Harper, who signed a 13-year, $330 million contract with the Philadelphia Phillies in 2019, supported Snell’s stance during a video on his own Twitch channel, according to NBC Sports Philadelphia.

“He ain’t lying. He’s speaking the truth bro,” Harper said. “I ain’t mad at him. Somebody’s gotta say it, at least he manned up and said it. Good for him. I love Snell, the guy’s a beast. One of the best lefties in the game.”

Arenado, who signed an eight-year, $260 million contract with the Colorado Rockies in 2019, also agreed with Snell.

“I think he was being honest, just being real,” he told The Athletic. “He made a lot of good points. There are some points he made that were true, that are facts. A lot of it gets misperceived. Trying to get the public to understand us, it’s not going to work very well in our favor.”

Arenado, though, understood why Snell’s comments could have a negative perception.

“I guarantee if you read the comments, you’re probably thinking, ‘You don’t have to work 12 hours a day. You’re not the one without a job. You’re still getting paid.’ Those people have a right to say that.”

Arenado also echoed Cincinnati Reds pitcher Trevor Bauer’s comments, agreeing that the negotiations should be kept private and players shouldn’t have to hear owners’ proposals through the media.