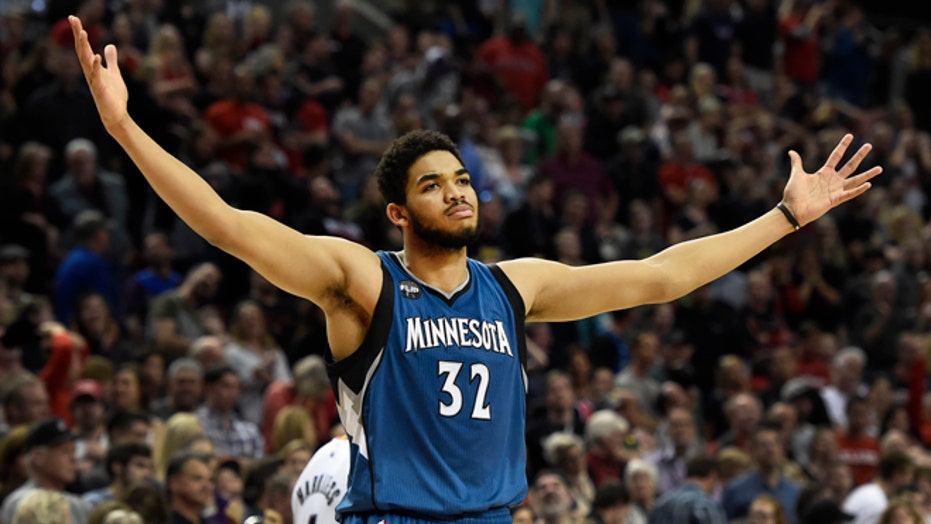 Towns was wearing the black Kaepernick jersey that Nike released after the brand announced the former San Francisco 49ers quarterback was going to become the face of its new ad campaign. The front of the jersey says “#IMWITHKAP.”

The Timberwolves’ big man wasn’t the only one making news after supporting Kaepernick over the last few days.

Antone Exum, a current defensive back for the 49ers, said he’s planning to release a song in honor of the quarterback called “Officer Kaepernick.”

Exum told TMZ Sports on Saturday he has “no fear” of any backlash he might receive from the track.

Kaepernick hasn’t played football since the 2016 season. He created a firestorm when he took a knee during the national anthem in order to protest perceived racial injustices in the U.S.

He opted out of his contract after the 2016 season and has not signed with a team since, despite signing an endorsement deal with Nike.