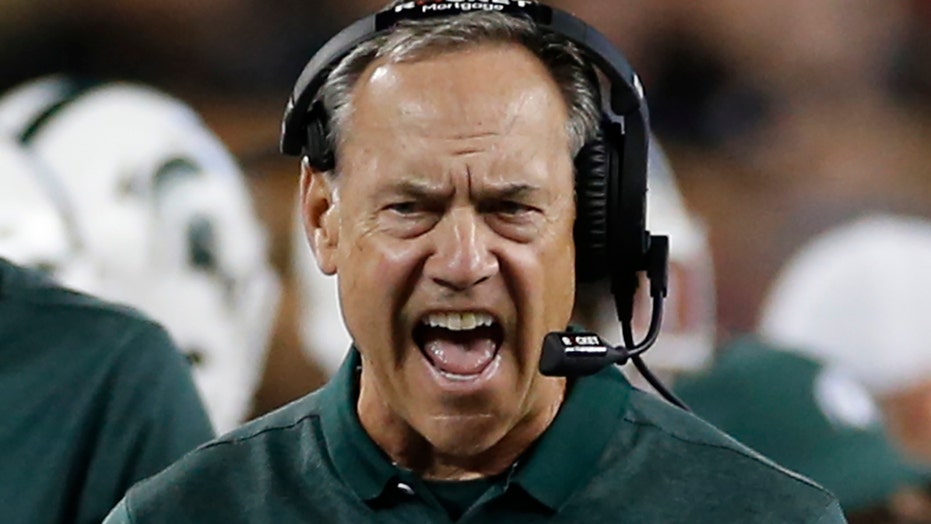 Michigan State football coach Mark Dantonio got into a brief spat with a reporter who asked about his offense following the team’s 38-point shutout loss to Wisconsin on Saturday.

A reporter questioned Dantonio about whether it was a mistake to not bring in new offensive coaches given the Spartans’ struggles against ranked opponents this season. Dantonio did not appear to appreciate the question and gave a testy answer.

“I don’t think you talk, I don’t think we ask those questions right now,” he said. “We’re six, seven games into the schedule. I think that’s sort of a dumb--s question to be quite honest with you.”

The loss to Wisconsin sparked rumors about Dantonio getting fired at the end of the season.

Dantonio is in the middle of his 13th season with Michigan State and the team is 4-3 following Saturday’s loss. The team started the season ranked No. 18 in the Associated Press Top 25 polls but hasn’t eclipsed that ranking thus far and ran into a few tough losses against Arizona State and Ohio State.

The Spartans still have two ranked opponents left on the schedule – Penn State and Michigan – to go along with potential cakewalk games against Illinois, Rutgers and Maryland.

The season isn’t lost yet for Michigan State. A bowl game could still be in their future.