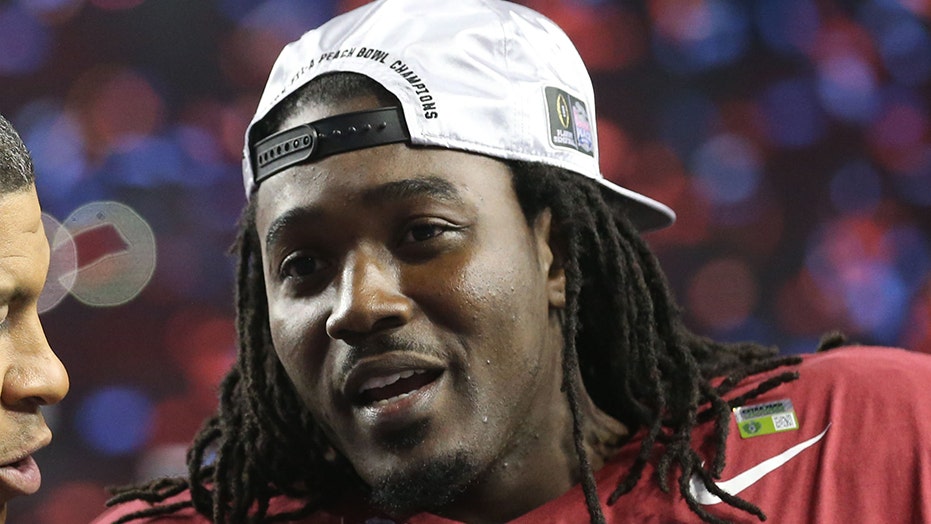 Detroit Lions running back Bo Scarbrough has remained focused on finishing his criminal justice degree and pursuing a different path once his football career is over.

Scarbrough, 23, was finishing up classes at the University of Alabama in the offseason to complete his degree in hopes of one day making it to the Federal Bureau of Investigation. The pro football player was hitting the books once again in January, ESPN reported Tuesday.

“At some point, we have to do something for ourselves. Like we went to college. Like, we went to this school and made it to the NFL … We do everything people asked of us and we have to reward ourselves with something,” he told the outlet at the time. “We have to be proud of ourselves for doing something for ourselves. Like everybody is going to be proud of you scoring touchdowns or stuff like that, but most of the time they are not going to remember that touchdown or whatever that you’ve done.

“They will remember that you graduated from college. It’s a big thing for me.”

VIKINGS' DALVIN COOK HOLDING OUT UNTIL HE GETS 'REASONABLE' CONTRACT EXTENSION: 'HE'S OUT'

Scarbrough said he was very interested in the show “Forensic Files” when he was younger and thought about joining the FBI or the Department of Homeland Security one day.

For now, Scarbrough is entering his third season in the NFL.

He is not the only athlete who has had dreams of becoming an agent in law enforcement.

Former Chicago Bears defensive back Charles Tillman joined the FBI when his pro football career was done. The Chicago Tribune reported in 2019 Tillman had graduated from the training academy and was working in the field.