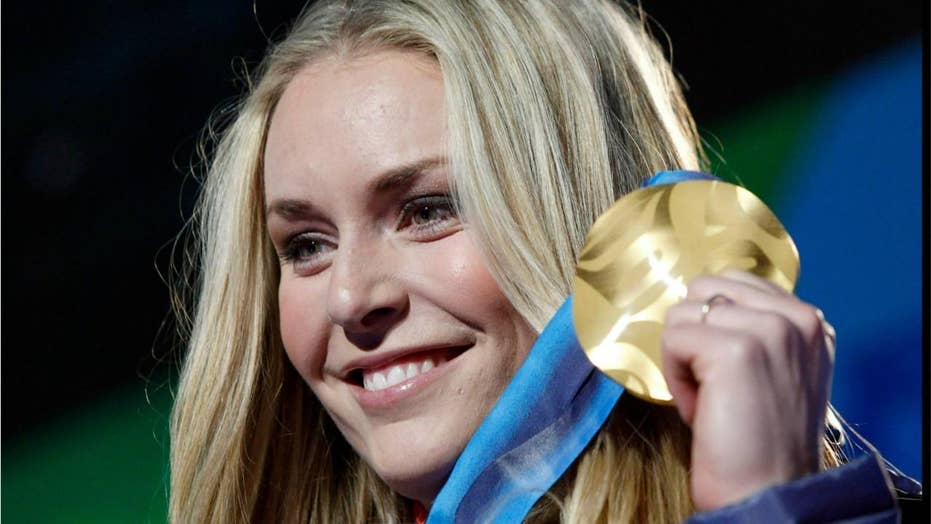 Ski superstar Lindsey Vonn posted to Instagram that she will retire after the world championships in Sweden this month.

Lindsey Vonn’s boyfriend thinks she’s the G.O.A.T. and showed her in the sweetest way imaginable – in cake form.

Vonn’s boyfriend, P.K. Subban, a Nashville Predators defenseman, shared a video of him surprising the skier with the cake as she returned home from the last race of her career. On Sunday, Vonn competed in her last race at the alpine ski World Championships in Are, Sweden, walking away with a bronze medal in downhill.

“There she is, home sweet home,” Subban said of his girlfriend. “Look at her, 18 hour flight day, still in the mix.”

Vonn turned her attention to a large cake made to look like a goat sitting in the middle of a table.

Later, Subban surprised her with another goat, a stuffed animal, on the bed.

“Who’s that? Is that another goat?” Subban said to Vonn as she laughed.

Vonn apparently appreciated Subban’s sweet gesture and dubbed him the “best boyfriend in the world” on Twitter.

Whether the cake tasted baaaaad or good was unclear.

“My body is broken beyond repair and it isn't letting me have the final season I dreamed of. My body is screaming at me to STOP and it's time for me to listen,” she wrote in a statement.