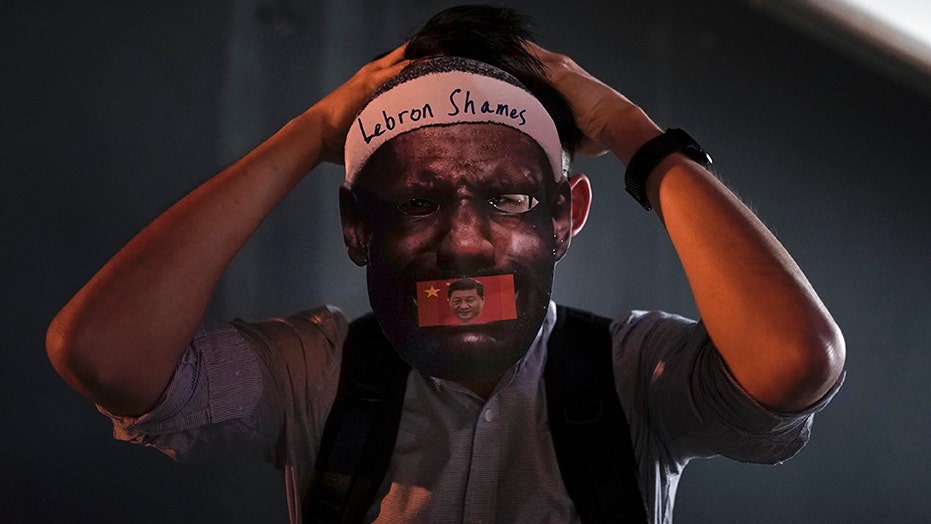 A pro-Hong Kong activist called LeBron James “hypocritical” for staying silent when it comes to issues in China and only focusing on issues in the U.S.

Joshua Wong, one activist fighting for democracy in Hong Kong, tweeted his criticism after reports surfaced that the Los Angeles Lakers superstar was forming a group to help rally African-Americans to the voting booth and to tackle voter suppression.

“Defending democracy is vital, but @KingJames only talks loud in the US. On China, not only is he silent, he actively shuts others up. He called @dmorey "misinformed" and "not really educated" for supporting #HongKong. All he cares about is money, not human rights. Hypocritical,” Wong tweeted.

While James has used his platform for social justice issues in the U.S., some have still wondered where he was when it came to the issue of China censoring the NBA in the communist country amid the fallout of a feud with Houston Rockets owner, Daryl Morey, which dates back to October.

Morey showed support for pro-Hong Kong protesters, tweeting a picture of a slogan reading “Fight for Freedom. Stand with Hong Kong.” But Morey deleted the tweet after significant blowback. He would later apologize but the damage had been done. China took down banners advertising the Los Angeles Lakers and Brooklyn Nets’ preseason matchup and canceled other media events in Shanghai.

Some NBA media partners in China also cut ties with the league. CCTV announced recently it would continue to ban the airing of NBA games ahead of the league’s restart.

At the time, fans waited for James to respond to the China flap.

“I’m not here to judge how the league handled the situation,” James initially said in a scrum with reports on Oct. 14. “I just think that, when you’re misinformed or you’re not educated about something – and I’m just talking about the tweet itself – you never know the ramifications that can happen. We all see what that did, not only did for our league but for all of us in America, for people in China as well. Sometimes you have to think through the things that you say that may cause harm not only for yourself but for the majority of people. I think that’s just a prime example of that.”

He also added in a tweet: “My team and this league just went through a difficult week. I think people need to understand what a tweet or statement can do to others. And I believe nobody stopped and considered what would happen. Could have waited a week to send it.”

James has been an outspoken leader on social justice issues in a league that prides itself on being one of the most progressive in sports. At the time, even some Hong Kong protesters expressed their anger with him.

The NBA’s issues with China are still not entirely solved.