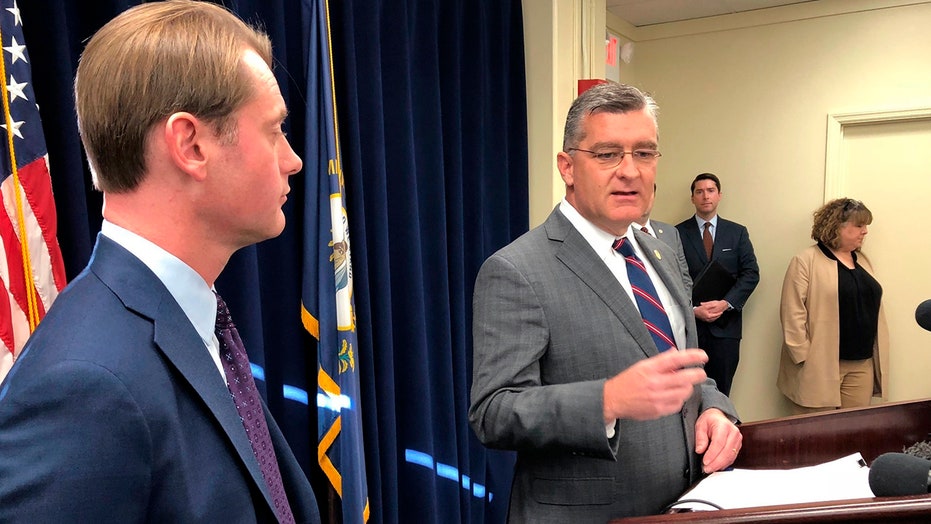 The Kentucky Senate completed passage of a bill Thursday to bar transgender girls and women from participating in school sports matching their gender identity from sixth grade through college.

The Republican-dominated Senate voted 26-9 to send the measure to Democratic Gov. Andy Beshear.

GOP-led states increasingly have adopted such prohibitions on transgender girls or women, though the culture war-related bans have been challenged in several states as violations of federal law.

Republican governors in Utah and Indiana this week vetoed bans in their states.

In Kentucky, the bill's opponents immediately called on Beshear to veto it.

"This bill is a solution in search of a non-existent problem," said Samuel Crankshaw, a spokesperson for the American Civil Liberties Union of Kentucky. "It is rooted in hate and unconstitutional."

Under the Kentucky bill, a student’s gender would be determined by the "biological sex" indicated on the student’s certified birth certificate "as originally issued at the time of birth or adoption."

The Republican-led House strengthened the bill by extending it to include college athletics, Mills said. The Senate accepted the addition before its final vote sending the bill to the governor.

"An 18-year-old college freshman has the same right to a fair and level playing field as an 18-year-old high school senior," Mills said.

Opponents said the bill is aimed at a problem that doesn’t exist in the Bluegrass State.

"We’re regulating children’s sports at the state legislature, something we haven’t done, for an issue that has not been an issue," said Democratic Sen. David Yates.

The Associated Press last year reached out to two dozen lawmakers in the more than 20 states considering similar youth sports measures and found that only a few times has it been an issue among the hundreds of thousands of teenagers who play high school sports.

Democratic Sen. Karen Berg said the issue was whipped up by outside groups reaching out to lawmakers across the country.

"We have people from outside our state making this an issue in our statehouse," she said. "And then we have people in this room who are willing to take this issue up because they see it as a political positive for them, regardless of the harm that it will cause children in this state."

A handful of Republican senators joining in voting against the measure.

Mills has said the bill reflects concerns from parents across the state. It "thinks ahead" to prevent situations where girls or women are unfairly competing against biological males, he said.

The legislation is Senate Bill 83.