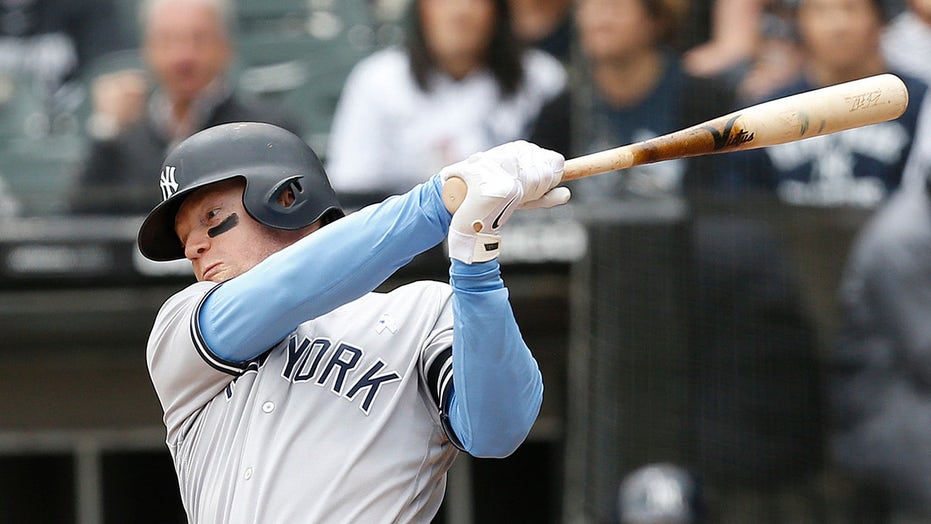 New York Yankees outfielder Clint Frazier took a swing at the Houston Astros over the organization’s sign-stealing scandal that has overshadowed the club over the last several weeks.

Frazier had his fun while playing “Call of Duty” and streaming his session live on Twitch — the popular video game streaming platform.

“I’m about to hit a home run because I know this is coming,” Frazier said.

He later added: “Someone didn’t mess up the sign.”

Frazier, who played in 69 games for the Yankees during the 2019 season, also took shots at the reports the Astros banged on a trash can to alert batters that an off-speed pitch was coming.

Major League Baseball is investigating allegations the Astros were using a sophisticated system in 2017 to alert pitches to batters using a camera in center field and a TV in the clubhouse. Commissioner Rob Manfred said last month that he has the power to impose harsh discipline if warranted.

Clint Frazier #77 of the New York Yankees at bat during the first inning against the Chicago White Sox at Guaranteed Rate Field on June 16, 2019 in Chicago, Illinois. (Photo by Nuccio DiNuzzo/Getty Images)

Manfred fined the Boston Red Sox in 2017 for using an Apple Watch to steal signs from the New York Yankees catchers. Manfred warned all teams that serious sanctions would be handed down if a violation of that type was confirmed to have happened.

“I'm not going to speculate on what the appropriate discipline is. That depends on how the facts are established at the end of the investigation,” Manfred said. “The general warning that I issued to the clubs, I stand by. It certainly could be all those things. But my authority under the major league constitution would be broader than those things, as well.”