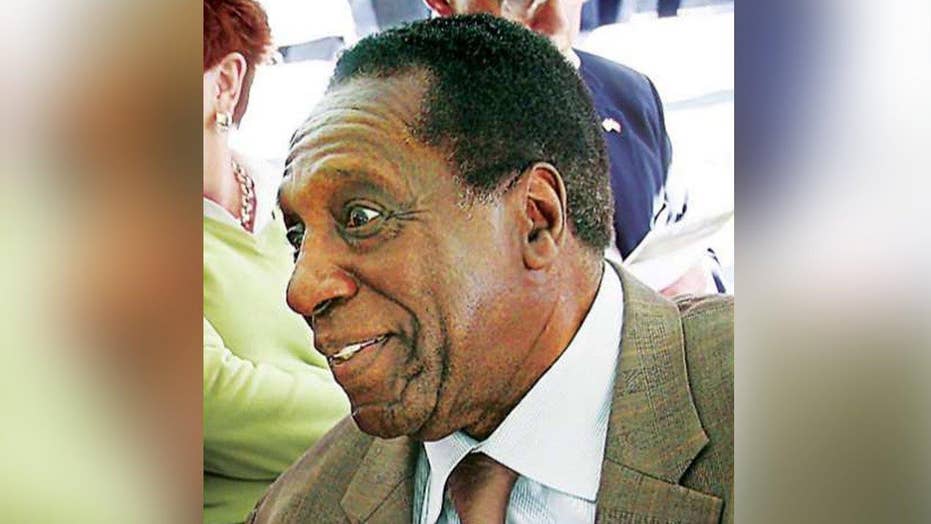 Meadowlark Lemon, who became known as the "Clown Prince of Basketball" during a run of more than two decades as a member of the Harlem Globetrotters, died Sunday. He was 83.

Globetrotters spokesman Brett Meister said Lemon's wife and daughter confirmed to the team that he died Sunday in Scottsdale, Ariz. Meister did not know the cause of death.

A North Carolina native born Meadow Lemon III, Lemon recalled making his first basketball hoop out of an onion sack and a coat hanger and using an empty can of Carnation milk to sink his first two-point shot, according to Lemon's website.

He played college basketball at Florida A&M and was drafted into the Army for two years before he applied to join the Globetrotters in 1954. Lemon said he had seen the Globetrotters playing on newsreels, passing the ball to the tones of the distinctive "Sweet Georgia Brown," and was struck by the all-black squad. Black players were still a novelty on the court, the NBA having only integrated in 1950.

“When they got to the basketball court, they seemed to make that ball talk,” Lemon said during his Naismith Basketball Hall of Fame induction speech in 2003. “I said, ‘That’s mine. This is for me.’ I was a receiving a vision. I was receiving a dream in my heart.”

The determined Lemon began playing for the team in 1955.

He was a true legend, the "Clown Prince of Basketball." RIP Meadowlark Lemon- https://t.co/19CMpsmyTl pic.twitter.com/dsLodqFsNR

Lemon changed his first name to the distinctive "Meadowlark" in the 1950s because, he later said, “The birds named meadowlark are known for their sweet and happy songs. I always tried to put a song in the hearts of my fans.”

Over the next 22 years, Lemon was the most visible member of the Globetrotters during an era when their popularity rivaled that of most NBA teams. Their barnstorming tour took them across America and around the world. Those who couldn't get tickets could watch their regular appearances on ABC's "Wide World of Sports."

Lemon left the Globetrotters in 1978 amid a contract dispute. He later formed his own barnstorming teams, with names like the Bucketeers and the Shooting Stars. He continued to play the sport well into his 70s.

As his basketball career wound down, Lemon became an ordained Christian minister, creating his own self-named evangelistic organization in 1994.

In addition to Cynthia, Lemon is survived by his ten children.

"I want you to always remember that life’s most meaningless statistic is the half time score," Lemon said on his website, "and as far as I’m concerned it’s always half-time."