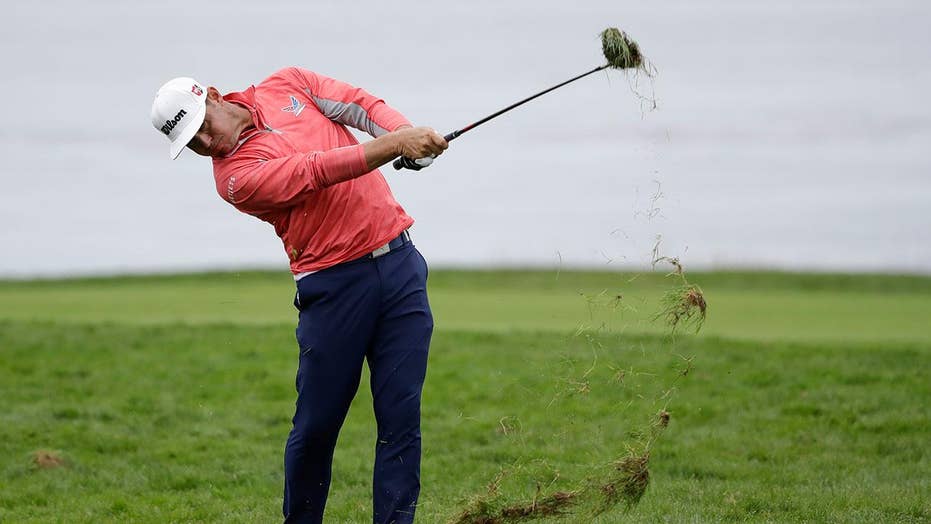 Pro golfer Gary Woodland says he still has a long way to go despite his special Father's Day win at the 2019 U.S. Open.

Gary Woodland knows how special it is to win a major golf tournament and Tuesday he expressed his thankfulness to the U.S. men and women who serve at home and abroad to protect America’s freedoms.

Woodland notably wore Puma golf shoes that sported the stars and stripes during his memorable run at Pebble Beach. He also wore Volition America gear, which partnered with the Folds of Honor Foundation, started by Maj. Dan Rooney.

“He’s gotten me to understand that freedom isn’t free. There’s men and women who sacrifice and do so much for us so I can go out and play a game of golf and live my life under freedom,” Woodland said, adding that he partnered with Volition America and Puma to give back to U.S. service members.

Doocy added that Volition America agreed to double its contribution to the Folds of Honor Foundation through the Fourth of July because of Woodland’s support. Folds of Honor is a nonprofit organization that helps provide scholarships to the families of U.S. service members.

PAUL BATURA: GARY WOODLAND'S U.S. OPEN VICTORY WAS INSPIRED BY A WOMAN WITH DOWN SYNDROME. HERE'S MY QUESTION 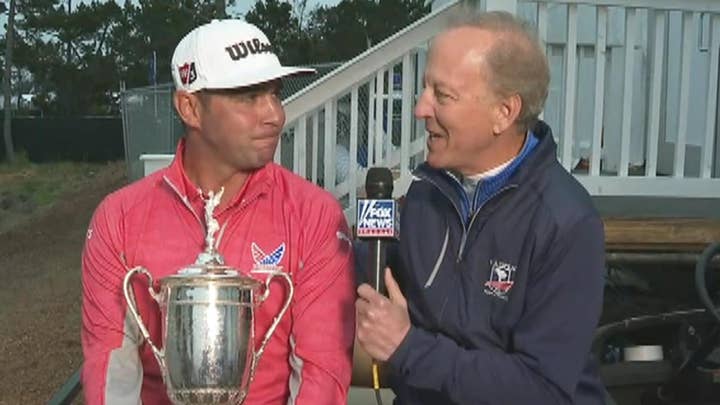 Woodland explained that winning the U.S. Open on Father’s Day was something special for him because his dad played a major role in how he got into golf. He said he started playing golf as soon as he started walking because it was something he could do with his dad.

“My dad had me on the golf course. It was just something I could do with my dad,” he said. “My dad worked nights. When I got home from school I was able to go hang out with my dad and play some golf. I played baseball, basketball. Whatever it was I got to spend time with my dad before he went to work at night. … I loved every second of it.”

“He was at a loss for words. He was tearing up. This is something I think he’s dreamed of since I was born and it was special for him to be there,” Woodland said.

The next major for Woodland would be The Open Championship at Dunluce Course in Northern Ireland. Woodland admitted there’s still work to be done for him to stay on top.