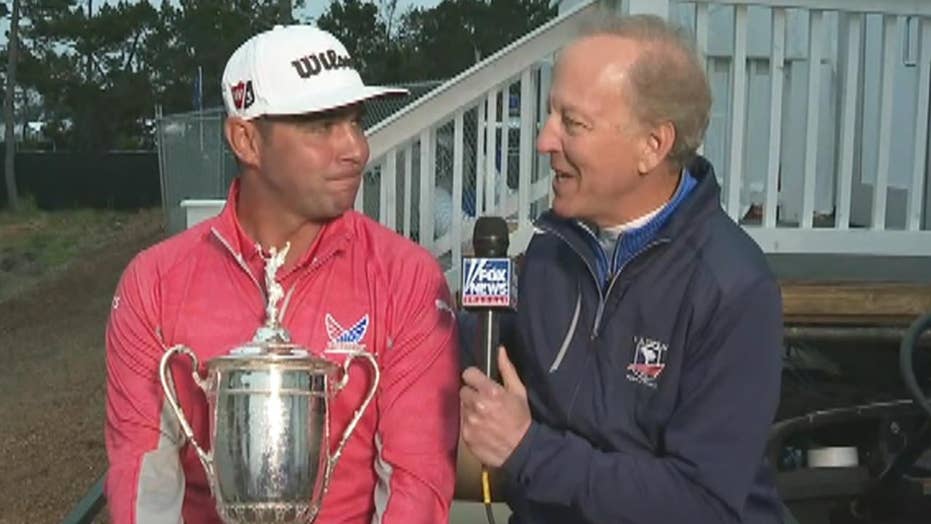 Gary Woodland received some positive energy from Arizona before the golfer sank a 30-foot birdie putt to capture his first-ever major title at the U.S. Open in California on Sunday.

The two had met months prior at the 16th hole at TPC Scottsdale in January. He handed her an iron in a practice round for the Waste Management Phoenix Open and the next moment would go viral.

Amy, who has Down Syndrome and has made two appearances at the Arizona state high school championships, hit her initial shot into the bunker and then got the ball onto the green. Woodland gave her a little advice as she made her approach to the hole.

“What do you think? Going a little left?" asked Woodland. "Why don't you go ahead and make that?”

She sunk the putt and was being cheered on by clapping fans.

Amy was cheering Woodland on from home as he held off Brooks Koepka from winning his third straight U.S. Open title. He then face-timed with her on the podium after receiving his trophy.

“I used your positive energy,” he told Amy. “You were awesome!”

Amy’s father, Joe Bokerstette, told the Associated Press that his daughter was watching Woodland’s every moment.

“She lived and died every shot during the round,” he said. “I can't express how excited Amy was. She kept asking me all day when Gary was going to tee off.”

Woodland's 13-under 271 was three shots better than Koepka and six shots better than Justin Rose (74), who matched Koepka shot-for-shot for most of the final 36 holes before fading badly with a stretch of three bogeys in four holes on the back nine Sunday. Xander Schauffele (67), Jon Rahm (68) and Chez Reavie (71) joined Rose in a four-way tie for third at 7-under par.