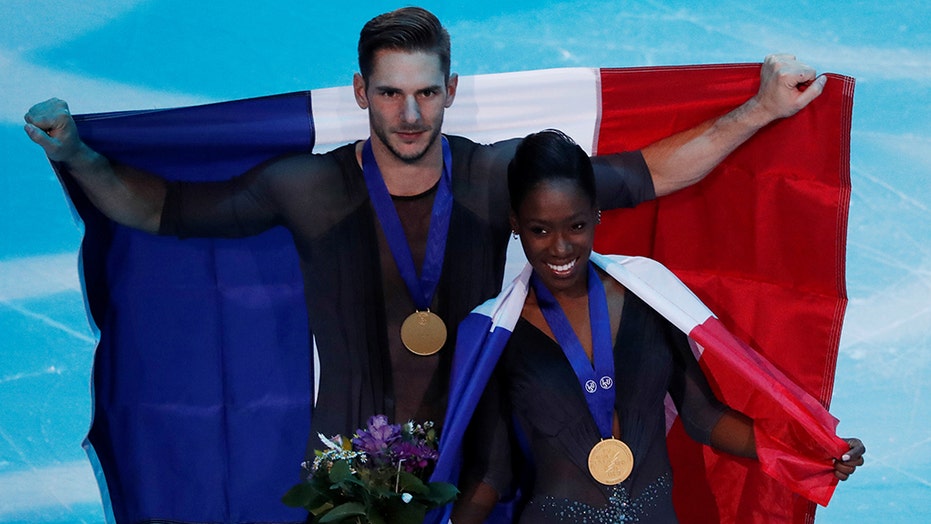 French Olympic figure skater Morgan Cipres is reportedly being investigated for the alleged sexual abuse of a 13-year-old American female figure skater in 2017.

Cipres is accused of sending two photos of his penis to the girl who he met at an ice rink near Tampa, Fla. where they trained, according to the girl, her parents and emails obtained by USA Today. The report was published on Tuesday.

The girl and her parents also alleged that Cipres’ coaches, John Zimmerman and Silva Fontana, tried to silence the girl by shaming and threatening her. Cipres was preparing for the 2018 Winter Olympics at the time. Zimmerman is a U.S. Figure Skating Hall of Famer and Fontana was an Italian Olympian.

Zimmerman and Fontana allegedly told the girl that it was her fault she received the penis pictures because “she was a pretty girl and men have their needs.” The coaches allegedly warned the young female skater not to report the incident to authorities or the U.S. Center for SafeSport. According to USA Today, the pictures were sent on Dec. 3, 2017--apparently from Cipres’ verified Instagram account.

Vinny Dispenza, another coach, was also named in the incident. According to USA Today, Dispenza allegedly told the victim and another girl to message Cipres to ask him to send the photos to the girls in exchange for “the promise of pizza from Dispenza.” The girl and her parents said Zimmerman and Fontana were made aware of the photos in a meeting with Dispenza at their home later that evening.

Dispenza allegedly threatened that if the girl said something she would “never skate again.”

Cipres told USA Today he could not talk about the allegations.

Zimmerman, Fontana and Dispenza released a joint statement on the allegations.

“We are completely shocked by the recent allegations made in this article,” their statement read. “We were not contacted by SafeSport and there are currently no claims against us. We hold ourselves to the highest standards of safety and professionalism. We deny the allegations and look forward to clearing up this matter which we take very seriously.”

A SafeSport investigator Libby Bailey told the family in emails and phone calls the organization was investigating, according to USA Today. However, SafeSport spokesman Dan Hill told the paper he and Bailey couldn’t confirm an active investigation, per the company’s policy.

Cipres, and his skating partner Vanessa James, finished in fifth place in the 2018 Winter Games.