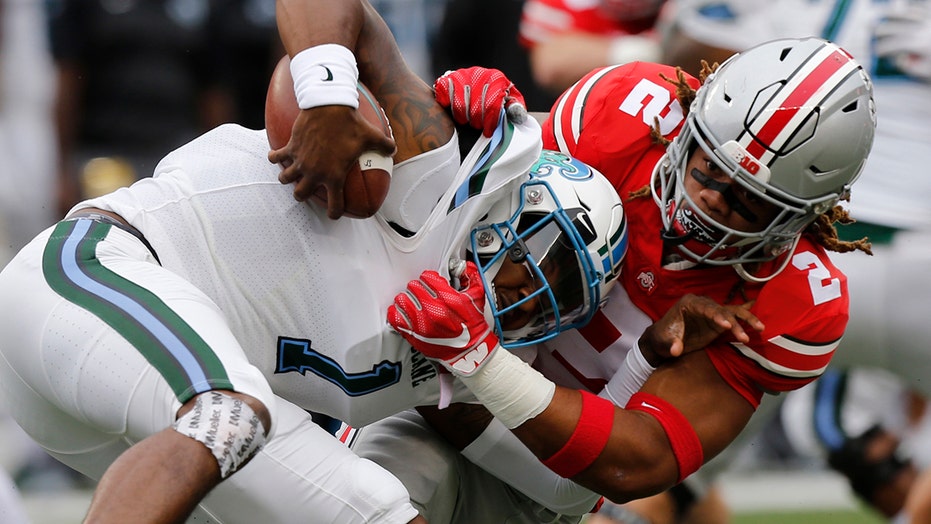 The Atlanta Falcons have a mid-first round pick in the 2020 draft, but the team was reportedly looking to make a big leap ahead of Thursday’s event.

The Falcons have been “aggressive” in their pursuit to move up and called the Washington Redskins to try and get the No. 2 pick, FOX Sports reported Wednesday. The Falcons have reportedly been targeting Ohio State defensive end Chase Young.

Young is considered to be “too highly regarded” for the Redskins to consider to trade the pick despite the rumblings over the last week about Washington shopping around, according to FOX Sports.

The Falcons have a history of trading up to make the splash pick.

In 2001, the Falcons traded their Nos. 5 and 67 picks and a 2002 second-round pick to the San Diego Chargers for their No. 1 overall pick. Atlanta used the top selection to draft Michael Vick.

Atlanta has the No. 16 pick in the first round. According to the latest FoxNews.com Mock Draft, the Falcons will take cornerback C.J. Henderson.

The Falcons could use some bolstering on the defensive side. The team was ranked No. 23 in points allowed and No. 20 in yards allowed last season, finishing 7-9 and missing the playoffs for the second straight season.