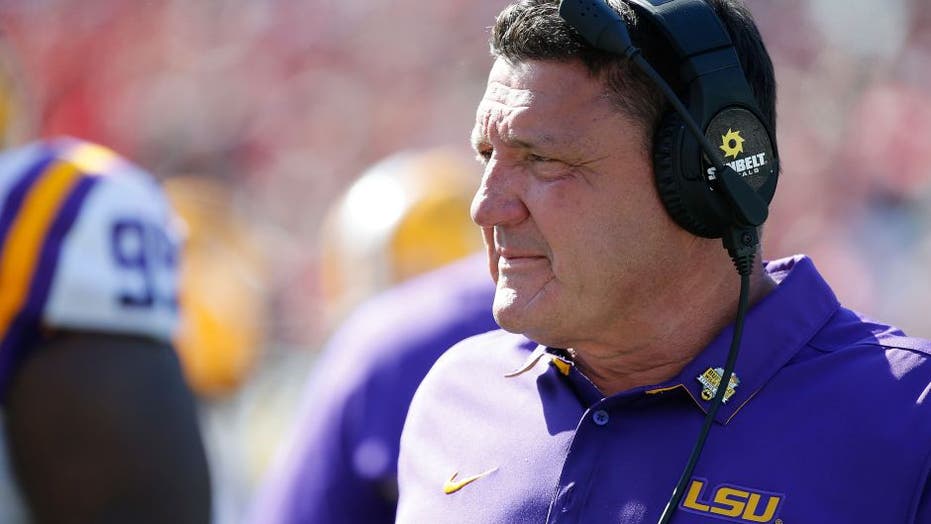 Louisiana State University football coach Ed Orgeron revealed Tuesday that 'most' of the team has already caught the novel coronavirus.

"I'm not going to say all of them," he continued when asked for clarification. "But some players have caught it. I don't know the percentage. Hopefully, that once you catch it, you don't get it again."

Orgeron said that the team currently has “about three or four guys” who have the virus and that a few players were in quarantine -- although he didn't specify an exact number.

He added that all but two or three offensive linemen missed practice because of testing two weeks ago.

"Were probably better off than we've been all camp right now going into the season, obviously we have to be really careful," Orgeron said. "Our guys feel good."

LSU TRIO HEADS LIST OF PLAYERS OPTING OUT OF THIS SEASON

The university began to report aggregate positive coronavirus on Aug. 15, when students began returning to campus. Since then, the school has confirmed more than 750 COVID-19 cases, with 50 positive cases from Sept. 11 to Sept. 13.

Sports Illustrated reported earlier this summer that at least 30 members of the team have been isolated because they either tested positive for COVID-19 or had contact with at least one infected individual.

CLICK HERE TO GET MORE SORTS COVERAGE ON FOXNEWS.COM

The Tigers, ranked fifth in the nation, aim to defend their title when they open the season on Sept. 26 at home against Mississippi State.