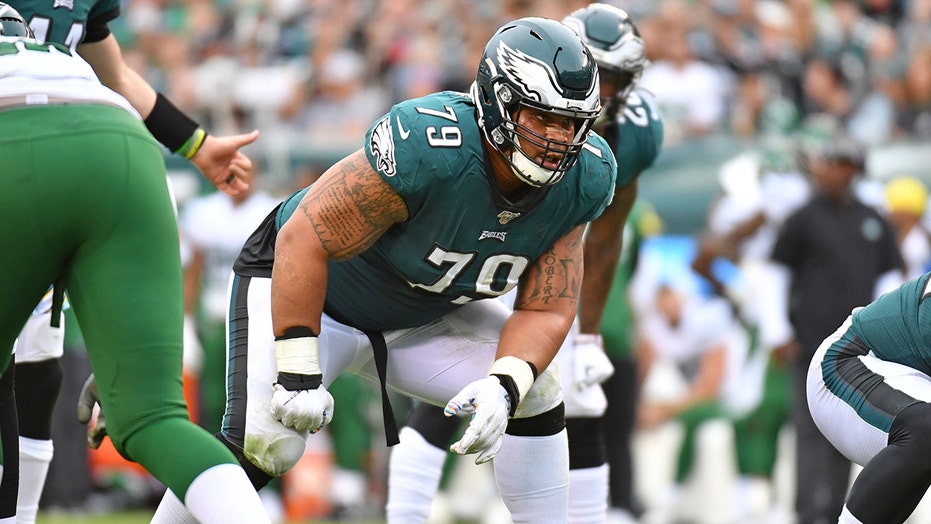 Philadelphia Eagles offensive lineman Brandon Brooks left the game in the first quarter of the team’s loss to the Seattle Seahawks on Sunday over what was characterized originally as an “illness.”

However, Brooks revealed Monday he left the game because of his ongoing battle with anxiety. He opened up about his struggles in a statement posted onto Twitter.

“I’d like to address what happened yesterday. I woke up, and did my typical routine of morning vomiting. It didn’t go away like it normally does, but I figured it would calm down once I got to the stadium. It did, but I felt exhausted,” Brooks wrote.

“The nausea came back, and I tried to battle through it and went out for the first drive. The nausea and vomiting came back until I left the field, and tried everything I could to get back for my teammates but just wasn’t able to do it. Make no mistake I’m NOT ashamed or embarrassed by this nor what I go through daily. I’ve had this under control for a couple of years, and had a setback yesterday. The only thing I’m upset about is that when my team needed me, I wasn’t able to be out there with and for them. Lastly, I appreciate the support of my coaches, teammates and fans. It doesn’t go unnoticed.”

Brooks was diagnosed with stress-related anxiety in 2016 and has missed a total of five games in his career because of it. He explained his issue in an NFL Films production earlier this season.

Eagles coach Doug Pederson said after the game that Brooks’ exit was “connected” with his anxiety and vowed to help him.

“This is not a football issue with Brandon,” Pederson told 94WIP. “This is a real-life issue that he has come out and publicly acknowledged and kind of shared his story a few years back. It’s something that he’s dealing with each and every day of his life. You never really know what triggers it. We’re here to support him, we love him. It is unfortunate that it happened, but it’s something that he deals with every single day. We’re just going to continue to support him.”

Philadelphia signed Brooks to a five-year deal in 2016 and then extended him earlier this month to a four-year deal. He was originally drafted by the Houston Texans in 2012.