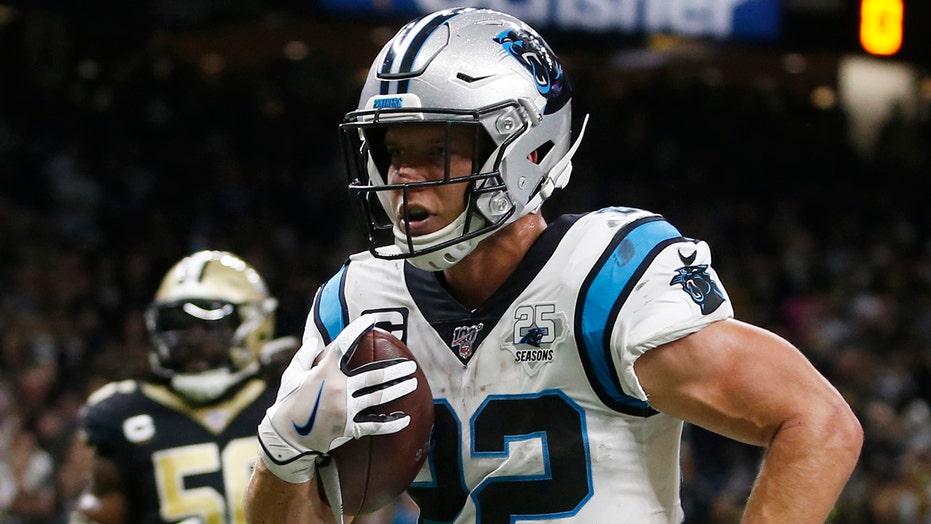 Carolina Panthers defensive lineman Gerald McCoy had some compliments for his teammate, and perennial MVP candidate, Christian McCaffrey during their game against the New Orleans Saints.

McCaffrey has been dominant all season long and he continued to make his case for the MVP award Sunday. He had 64 rushing yards on 22 carries and a touchdown and he also had nine catches for 69 yards and a touchdown, adding to his impressive numbers this season.

McCoy, who was mic’d up during the game, offered some praise for McCaffrey.

McCaffrey, who is in his third season with the Panthers, is leading the league with 1,123 rushing yards and 12 rushing touchdowns. He also leads the NFL with 102 rushing yards per game.

He has 68 catches for 586 yards and four touchdowns to go to his impressive totals.

He has been the main focus of the Panthers all season long and has helped keep the team in the conversation for a playoff spot despite losing quarterback Cam Newton to a season-ending injury.

McCaffrey’s numbers Sunday were not enough to give Carolina the win. New Orleans defeated the Panthers, 34-31, thanks to a Will Lutz game-winning field goal.