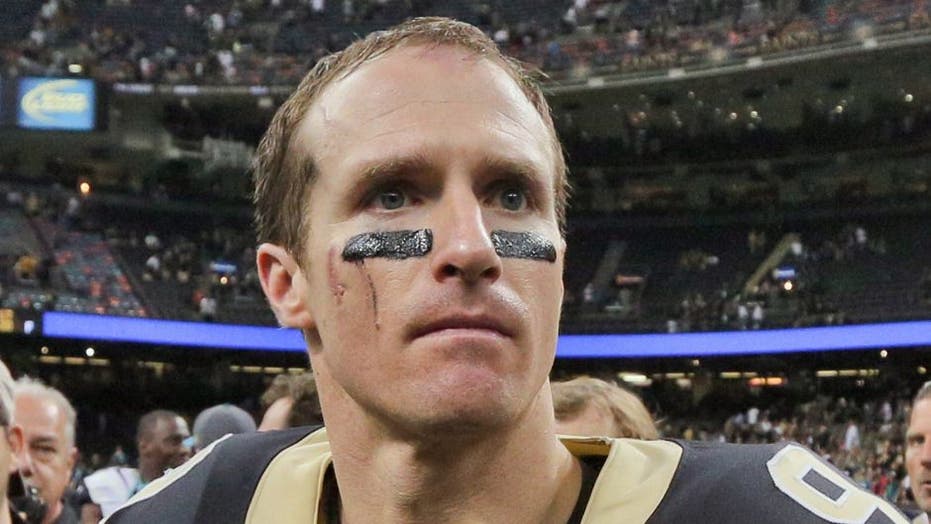 New Orleans Saints quarterback Drew Brees stayed true on his stance against players kneeling during the national anthem when the season starts.

Brees told Yahoo Finance on Wednesday he would never agree with the gesture.

Brees likened standing for the national anthem as saluting the military.

Brees reiterated his stance later to ESPN saying that he also respects his teammates and their fight for "racial equality and justice."

Brees’ teammate Michael Thomas appeared to react to the quarterback’s comments on Twitter.

Brees had previously made comments about standing during the national anthem during the 2017 season. At the time, he said he didn’t agree with President Trump’s comments about Colin Kaepernick or players who kneel during the anthem but still said players should stand.

“I will always feel that if you are an American the national anthem is an opportunity for us all to stand up together, to be unified and show respect for our country, and to show respect for what it stands for,” Brees said at the time.

While other players on his team protested in 2017, Brees said their reasons were “justified.”

“I will never say it's OK to not show respect to the flag of the United States of America during the national anthem,” he said. “That is the symbol of showing respect to our country. I won't. I don't think that that's OK because of all who have fought so hard and died and sacrificed so much for us to have the things we have, to have the freedoms that we have. The very freedom of the speech that we are talking about was born from that flag.”

Brees didn’t say what method of protest would have been acceptable.