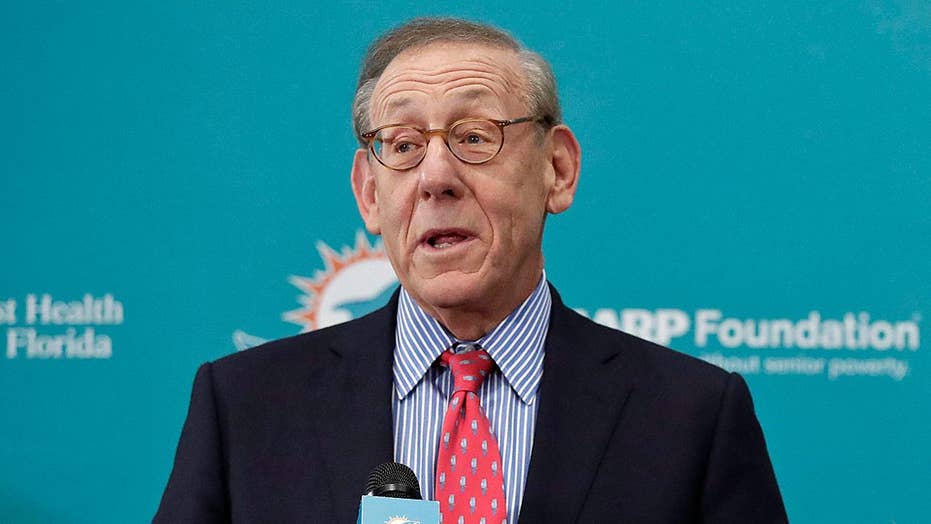 Miami Dolphins owner Stephen Ross stepped down from the NFL’s social justice committee Tuesday after backlash from the fundraiser he held with President Trump, the team announced.

Ross came under fire for hosting the fundraiser with the president on Long Island. He is also an executive chairman of RISE, which campaigns for social justice initiatives.

“He shouldn’t have stepped down because if he’s for equality, if he’s for the social justice, he should have stayed on the committee,” Diamond said on “Fox & Friends.” “I don’t think Trump supporters should get ostracized and criticized or stigmatized because they support him and then everybody wants them to step down...He should have stayed on the committee.”

“Just read every mention here and they’re all pretty shortsighted. We’ve worked w a number of owners who lean conservative and have even supported Trump in the past. However (and I have no idea why I’m explaining this because you’ll never concede the point),” he tweeted.

“He held a fundraiser for a guy who called protesting players ‘sons of b----s’ + campaigned for them to lose jobs. The working group is directly involved. You can see how that’s a conflict of interest that transcends politics. I respect SR’s work w RISE. Don’t get it? Can’t help.”

WR STILLS SAYS HE AND DOLPHINS OWNER AGREE TO DISAGREE

“You know what? Stop it with the antics. OK, go back into everybody’s past and see what they said,” she said. “I get tired of that too. You go back and you dig up and oh he said this and now he has to step down. Stop it. Let us all come together. If they gonna fight this social justice, if they want equality, come together, let’s do it. But ostracizing, criticizing, going back, this tit-for-tat, it’s time to stop it.”

The Dolphins said in a statement to ESPN that Ross made the decision last week.

FILE - In this Dec. 9, 2018, file photo, Miami Dolphins wide receiver Kenny Stills (10) stands along the sideline during the first half of the team's NFL football game against the New England Patriots in Miami Gardens, Fla. Dolphins owner Stephen Ross is defending his support of longtime friend Donald Trump after being criticized about it by Stills. (AP Photo/Wilfredo Lee, File)

“Stephen made the decision last week and informed the NFL and members of the working committee that he was going to step aside from the group and continue to focus his efforts on RISE,” a Dolphins spokesman told the network. “He believes in and is still fully committed to the work that has been done by the group and will always be a passionate supporter and tireless advocate for social justice causes, the fight for equal rights and education.”

Ross was initially criticized by Dolphins wide receiver Kenny Stills over the Trump fundraiser. He said last week he spoke with Ross and they had “agreed to disagree.”