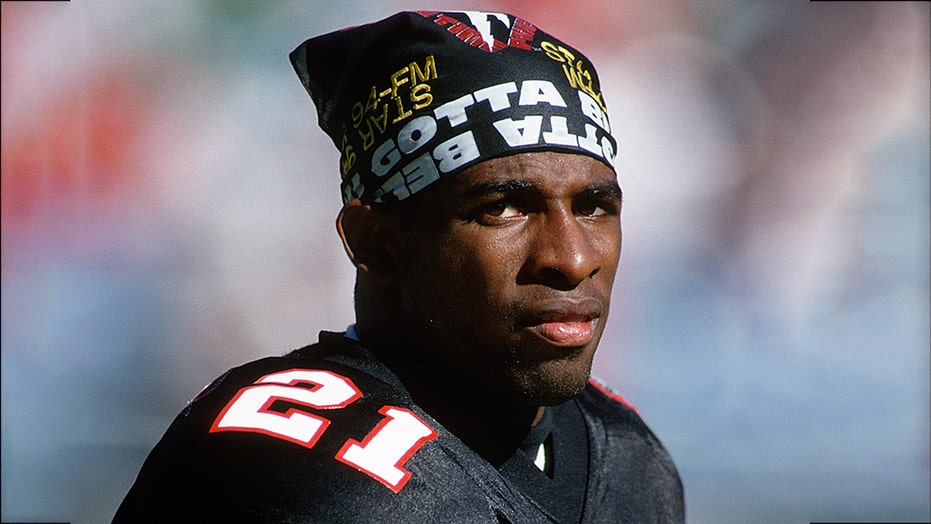 Pro Football Hall of Fame defensive back Deion Sanders was known for his hard-nosed play on the field and his flashy style off the field -- and one story reinforced how much of an attention-grabber he was.

Sanders’ son, Deion Jr., tweeted a brief story about his father Wednesday. He said he was about to play a basketball game in seventh grade and his father wanted to be there.

BUFFALO BILLS PLAYER TO PAY FOR FUNERAL OF GIRL, 11, SHOT DEAD: 'IT COULD HAVE BEEN MY LITTLE SISTER'

Sanders Jr. said his dad was at his house about an hour away from where the game was being played and right before the game, the former cornerback landed his helicopter on the field so he could be at the game to watch his son.

His father responded minutes later: “Lolol I had to get there son!”

Sanders is a six-time All-Pro who played for the Atlanta Falcons, San Francisco 49ers, Dallas Cowboys, Washington Redskins and Baltimore Ravens over the course of his career.

Sanders Jr. played football at SMU but left the team before the start of the 2016 season, according to the Dallas Morning-News. He now owns a fashion brand called Well Off Forever.