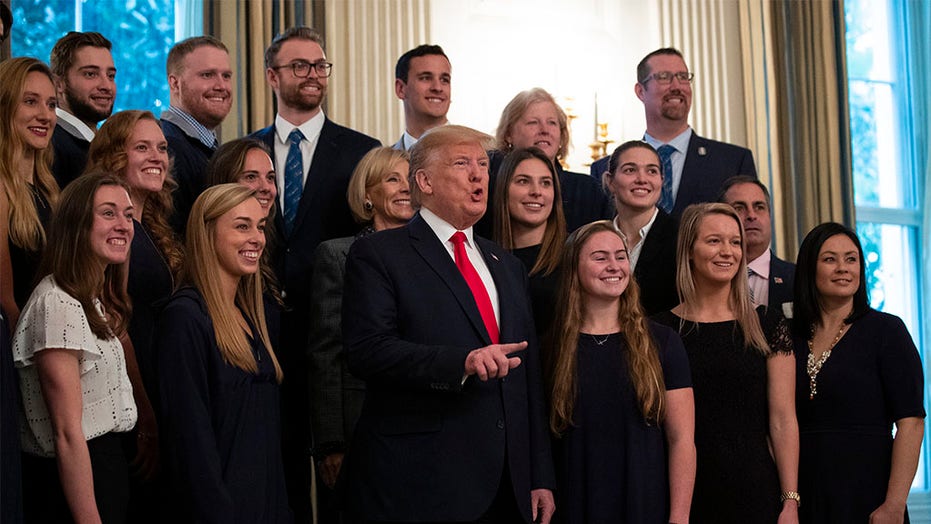 Several members of Columbia University’s 2019 championship fencing team wanted to hand deliver a letter to President Trump Friday, accusing his administration of having “perpetuated a culture that conditions women and minority gender identities to be silent.”

Elise Gout and three of her teammates planned to hand the letter to the president during a White House visit for athletes and coaches from 22 collegiate national championship teams.

Gout said that the letter argued that the Trump administration has “perpetuated a culture that conditions women and minority gender identities to be silent — to sacrifice the space they have every right to take up.”

The letter also criticized the administration for proposing changes to federal rules that would affect campus sexual assault survivors and for implementing new regulations that prohibit groups that receive federal grants from referring patients for abortion.

But Gout was later informed by a Trump aide that she could not bring the letter with her into the East Room.

White House spokesman Judd Deere said the Columbia fencers’ visit with Trump was cordial, and White House staff extended an invitation for the athletes and coach to come back to the White House at a later date to discuss any policy concerns they have.

The four signatories noted in the letter that it only represented their views - fencers who competed on the 2019 championship team and graduated earlier this year - and not Columbia University or the fencing team.