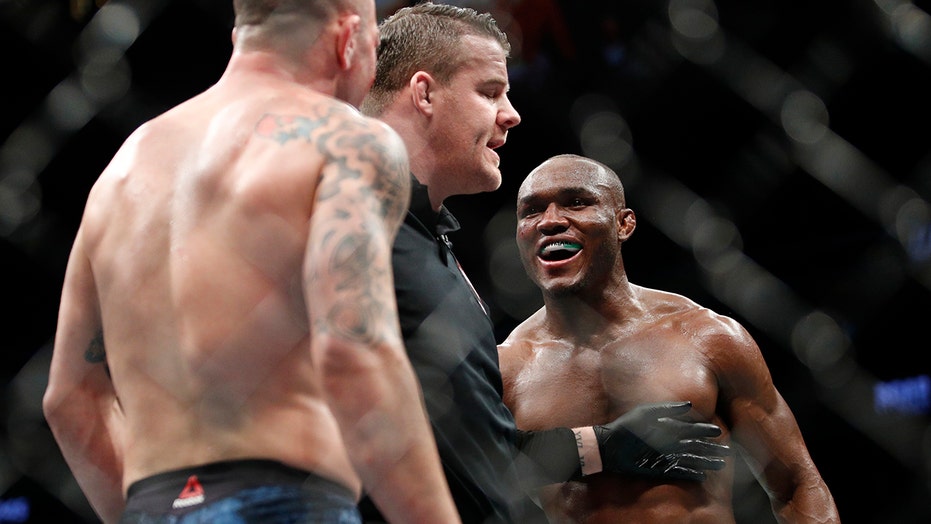 The UFC community has come out against Colby Covington over comments he made this past weekend toward fighters Kamaru Usman and Tyron Woodley.

After beating Woodley at UFC Fight Night in Las Vegas on Saturday, Covington came after his opponent, calling him a “Marxist” and a “communist” who “hates America,” according to MMA Fighting.

He also slammed the Black Lives Matter movement as a “joke,” adding that he believes it “is standing up for lifelong criminals.”

But the real trouble for Covington began when he pointed his attention to Usman, a native Nigerian, during a post-match interview.

“That’s what got me – the UFC has said nothing about it,” welterweight contender Leon Edwards told the website on Wednesday.

“Letting it flow like it’s a normal thing to f---ing say and do and it’s not,” he continued. “Your tribe and smoke signals and blah, blah, blah, and he’s calling Woodley a terrorist because of Black Lives Matter. All these statements he’s making is racist. There’s no other way to go around it.”

Middleweight champion Israel Adesanya also came out against Covington, adding that the deeper issues lie within the “landscape of the media.”

“I made a joke about dropping [Yoel] Romero like the Twin Towers and everyone lost their mind, even if I said it was a joke and it was pretty funny, but people took it as I was being offensive and digging – but I was making a joke,” he told the website.

“This guy has directly insulted my culture, my brother and many other cultures and stuff and no one says anything. But it just shows you a mirror. Shows you a mirror to you guys. So yeah, I don’t really care. Kamaru Usman broke his jaw.”

Defenders of Covington say the fighter is playing a character, an agitator, meant to boost ratings but featherweight Hakeem Dawodu said he’s still shocked by it.

“I’m kind of surprised he’s allowed to talk free like that. You know everyone’s allowed to talk freely, but I took offense to it. It’s crazy that it’s comments like that causing more and more of a divide among the people,” he told MMA Fighting. “He’s got the president calling him, backing him up on that. I don’t really appreciate it, and that’s how it is, I guess.”

Covington, a public supporter of Donald Trump, was called by the president during the same post-match interview where he went after Usman.

Covington also sparked the ire of the NBA community after calling LeBron James a “spineless coward.” He came out on Monday to defend himself, saying the Los Angeles Lakers star couldn’t “last 10 seconds with me.”

UFC President Dana White added Thursday: "These guys all have their own causes, things, their own beliefs. We don't muzzle anybody here. We let everybody speak their mind. I don't know what he said that was racist. I don't know if I heard anything racist that he said."