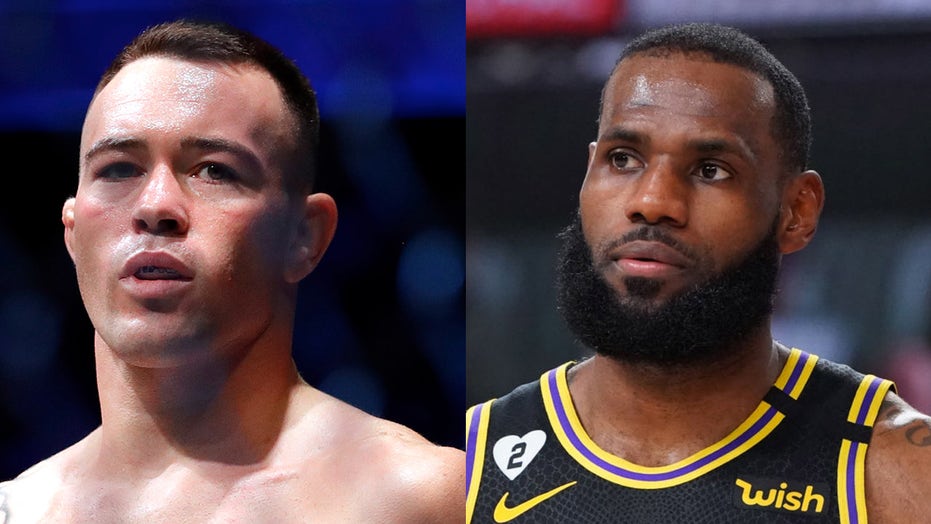 Covington took to Twitter on Monday to say that the Los Angeles Lakers star couldn’t “last 10 seconds with me” after several NBA players took aim at him on social media for calling James a “spineless coward” after his fight with Tyron Woodley.

“LOL at the snowflakes that believe @KingJames could even last 10 seconds with me!” his tweet read. “If that coward had the b---s or the ability to kick anyone’s a--, Delonte West would’ve lost his teeth long before his meth habit!”

Covington was referencing a rumor from 2010 that alleged that West, James’ former teammate, had an affair with James’ mother.

The trash-talking began on Saturday after Covington beat Woodley in five rounds by way of TKO.

“I want to dedicate this fight to all the first responders, all the military out there,” he said. “This world would not be safe without you guys, you keep us safe, and not these woke athletes. I'm sick of these spineless cowards like LeBron James.”

While James himself didn’t respond, several NBA players jumped to his defense.

Orlando Magic's Michael Carter-Williams commented on the same post, “weird how no one tells him to stick to fighting.”

Covington, a public supporter of Trump, was called by the president during a post-match interview to congratulate him on his latest feat.