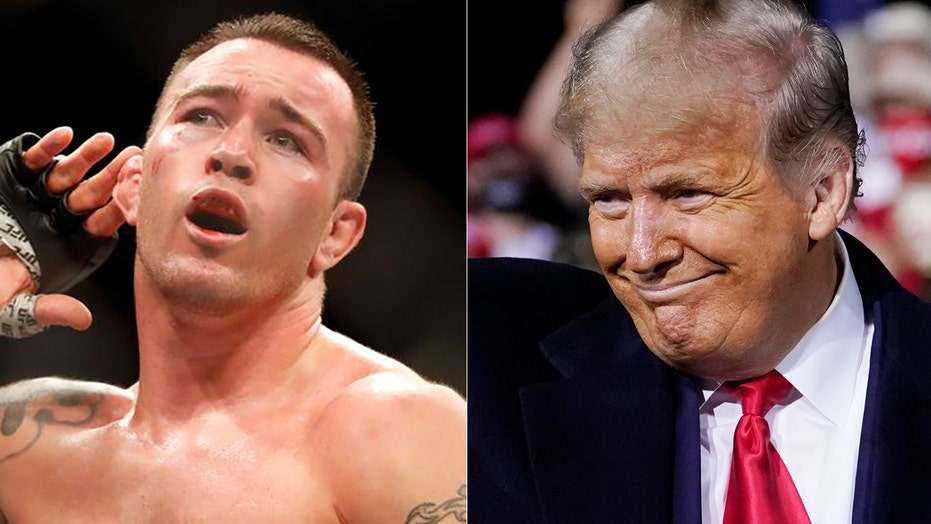 Wearing an autographed “Keep America Great” hat, Covington was talking about his win over Woodley in UFC Fight Night’s main event in Las Vegas when he was handed a phone.

“Oh the POTUS is calling me,” Covington exclaimed.

“You are a great fighter, man. I’ll tell you,” the president could be heard saying. “You make it so easy, I don’t know how the hell you do it.”

“Thank you so much Mr. President. You gave me the dragon energy when you shook my hand on Sunday at your rally,” Covington replied. “It doesn’t matter if King Kong was in front of me, I was not going to lose after getting to shake your hand and be at your rally.”

Trump went on to commend Woodley during the phone call, who he called a “strong-looking guy” and a “great fighter” before adding that it seemed like “easy work” for Covington.

Covington took to Twitter following his victory Saturday night for a special message of his own.

“Nothing makes me prouder than fighting for the people who fight for America!!!” his tweet read. “THANK YOU to all the brave men and women of law enforcement and the military!!! Thank You @realDonaldTrump for all the love and support!! The silent majority is ready to make some noise November 3rd!!”

Covington beat Woodley just a minute and 19 seconds into the fifth round via TKO. Woodley later confirmed he suffered a rib injury which led to the call.