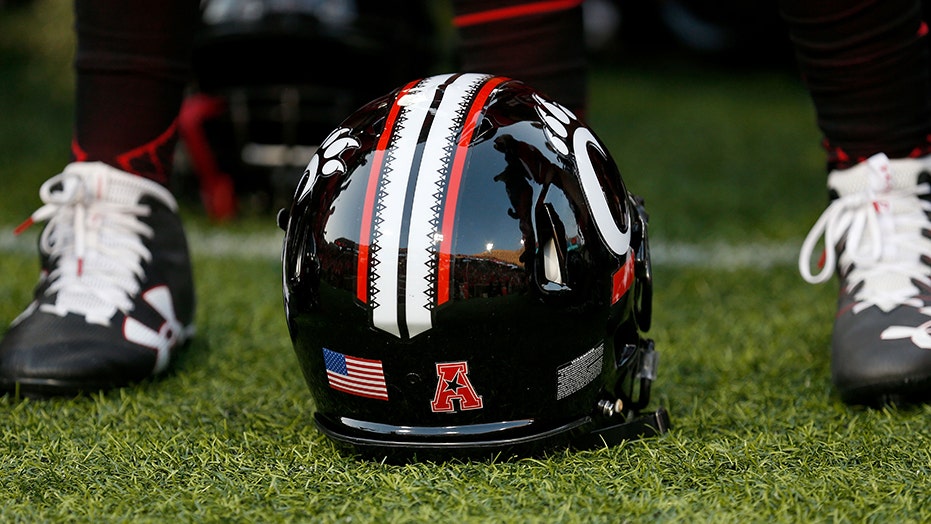 A new color scheme for the Cincinnati Bearcats' football field posted on Twitter Tuesday morning was actually a doctored act of trolling by their social media team, UC Athletics has confirmed.

The fake color scheme showed Nippert Stadium's field painted black with midfield decorated by the eyes of a bearcat and featured a sprawling Cincinnati skyline from one five-yard line to the other.

The American Athletic Conference logo and the emblem used for the 200-year anniversary of the University of Cincinnati also could be seen on the field.

The design would be against NCAA regulations. One rule cited by WLWT noted the "entirety of all yard lines, goal lines, and sidelines must be clearly visible. No portion of any such line may be obscured by decorative markings."

The hoax message said the Bearcats would debut the new colors on its football field when the team takes on the Central Florida Knights on Friday in an American Athletic Conference matchup.

Cincinnati asked fans to wear black to the game.

“Be in your seats for kick-off to light up Nippert,” an advertisement on their website read. “Come early. Be loud. Wear black.”